Find all the info you need to plan your road trip along the Harriet Tubman Underground Railroad Byway, which begins in Dorchester County, Maryland.


More than 200 years ago, Harriet Tubman was born here in Dorchester County on Maryland’s Eastern Shore. For 27 years, Tubman was trapped in the bonds of slavery before escaping – and then returning to Maryland time and again, risking her life to lead her family and friends on dangerous missions to freedom. She went on to work as a scout, spy, and nurse in the Civil War. Later, she was part of the suffrage movement. And throughout her life, she was a humanitarian, always thinking of and doing for others. 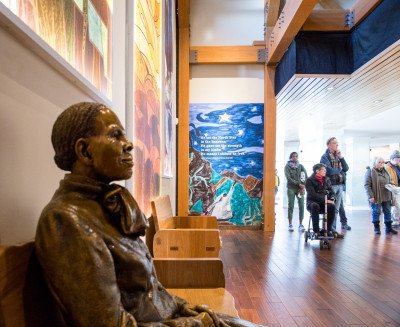 It was here in Dorchester  County that she was born in 1822 and grew up in a hard life of slavery. It was here she learned important outdoor skills, from navigation to foraging for food – that she later relied on during her journeys  to freedom. It was here that she loved her family so much that when she escaped to freedom by herself in 1849, she found it wasn’t the same without them. And it was here that she returned, risking her life more than a dozen times to lead her loved ones out of slavery. She went on to blaze new trails in the Civil War (as the first U.S. woman to lead an armed military raid), in the suffrage movement, in humanitarian causes, and more. In short, her life was remarkable and still offers lessons for us today.

Experience her story at more than 30 sites along the scenic road trip known as the Harriet Tubman Underground Railroad Byway, which winds for 125 miles through Dorchester and Caroline Counties on Maryland’s Eastern Shore before continuing another 98 miles into Delaware and ending in Philadelphia, where Tubman first found freedom. 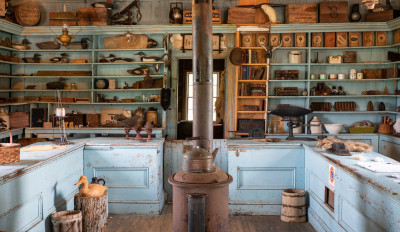 The Tubman Byway includes the Harriet Tubman Underground Railroad Visitor Center, which opened its doors to the public in 2017. In its first year, it drew nearly 100,000 visitors from every U.S. state and more than 70 countries, exceeding all expectations. The visitor center includes 10,000 square feet of exhibit space that shares Tubman’s story in compelling and interactive ways – surrounded by unspoiled landscapes that would look familiar to Tubman.

The Tubman Byway also includes the area where Tubman lived as a child (Brodess Farm), the place where she first defied authority as a young girl – and almost lost her life at the same time (Bucktown General Store), places that were part of the Underground Railroad, the moving Harriet Tubman Mural  on the side of the Harriet Tubman Museum & Educational  Center, and more.

Find out more about exploring Underground Railroad history on Maryland’s Eastern Shore at the Tubman Byway website. There you can download or order a free hardcopy Tubman Byway Map & Guide, download the free Audio Guide (now with virtual reality features), find out about guided tours, and more.

From lodging to dining to history, you’ll find visitor information about Dorchester County on this website. You’re also welcome to stop by the Dorchester County Visitor Center, located at 2 Rose Hill Place in Cambridge, MD. The visitor center is open daily, 8:30am-4:30pm, with brochures, maps, and exhibits about the area; restrooms; friendly staff members who can help answer your questions; a short riverfront boardwalk; and a playground. The Tubman Byway also includes parts of adjoining Caroline County, Maryland.

FacebookTwitterLinkedInTumblrPinterestEmail
Page load link
We use cookies to ensure that we give you the best experience on our website. If you continue to use this site we will assume that you are happy with it. OK
Go to Top