What your textbooks didn’t tell you about Harriet Tubman

What your textbooks didn’t tell you about Harriet Tubman

If there’s one thing that we can all agree on, it’s that after the last few years, we need to find reasons to celebrate! Look no further than Dorchester County, Maryland, where Harriet Tubman will be celebrated and commemorated all year long. 2022 is the 200th anniversary of the famous abolitionist’s birth, and she was born into slavery on Maryland’s Eastern Shore. Around the age of 27, she began her own perilous journey out of Maryland into Delaware, eventually landing in Philadelphia, Pennsylvania, where she was considered free. As we know, however, she did not make just one journey north – she traveled back across the Mason-Dixon Line to bring her family, friends, and other enslaved people to freedom.

As we celebrate Tubman and her bravery, we may think we know all there is to know about her. But let’s dive a bit deeper into some of the lesser-known facts and stories about one of the world’s most famous abolitionists. 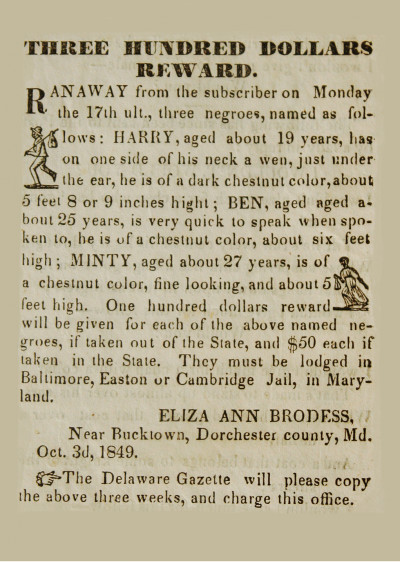 Let’s start with what your textbooks probably did cover: Tubman was born sometime in 1822, in Dorchester County, Maryland. She was born into slavery, but eventually decided to escape. After her own successful escape, she decided to return to Maryland at least 12 more times to bring others to freedom, including her own siblings, and she joined the efforts of the Underground Railroad, guiding many to emancipation. She is known for never having lost a single “passenger” on her journeys. Like others who assisted the Underground Railroad, Tubman shared coded messages via spirituals with directionals hidden in the meaning of the lyrics. Some critical clues included Canaan, meaning Canada; River Jordan, meaning the Ohio River; and station, meaning a safe house for refuge. She was a hero, and she lived her long life with purpose and intention, helping others in any way she could.

Now, let’s dig in to some of the lesser known facts about Tubman.

1) Harriet was not her given name.

Her name at birth was Araminta Ross, affectionately called “Minty” by her family. She later adopted her name Harriet in honor of her mother who shared the name, as she was planning her escape from Maryland. And she gained her surname, Tubman, after she married her first husband, John Tubman.

Tubman heard rumors that she and her brothers would be sold to a new owner, because Edward Brodess, the owner of her enslaved family, needed to pay off some debts. Three of her sisters had already been sold, so Tubman assumed she and her brothers would be next. But when Brodess died unexpectedly, Tubman knew that they must escape soon, because their future as enslaved people was even less certain without a living owner. She and her brothers left together, but after three weeks trying to escape, they ended up returning to Maryland. Not long after, Tubman took the risk and left on her own, making it to freedom using the Underground Railroad and traveling by night.

She could not read or write, and like many enslaved people, had no formal education. She found critical ways to communicate, however, as a conductor on the Underground Railroad, as a soldier, and as a leader later in her life. She remained illiterate for her entire life, but was esteemed by many powerful and highly educated people of her time, including Susan B. Anthony and Frederick Douglass. Tubman went on to be a notable public speaker and storyteller, advocating for the causes she supported, and sharing her personal experiences.

4) She settled in upstate New York.

One of Tubman’s final expeditions back to Maryland as a conductor on the Underground Railroad was to free her parents. They were older and could not travel well, so she managed to secure a carriage and led them to St. Catharines, Ontario, Canada. (The Fugitive Slave Act of 1850 made it dangerous for escaped slaves to remain in the United States.) Just before the war, Tubman was able to move her parents to Auburn, New York, into a home that she was able to purchase for $1,200 from her friend, fellow abolitionist and eventual Secretary of State, William Seward.

5) She suffered from a severe head trauma. 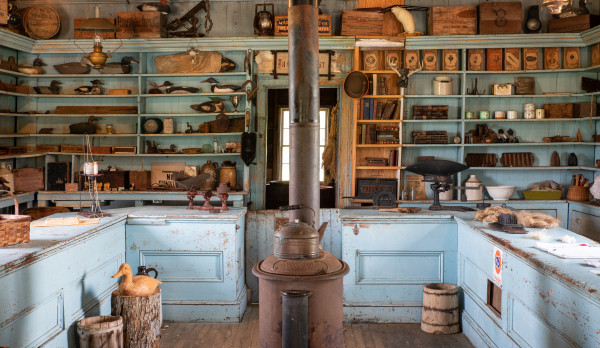 As a child, Tubman was struck in the head with a heavy weight during a confrontation she walked into at Bucktown General Store. Another slave was running from his angry overseer, and the master ordered Tubman to stop him and tie him up. She refused, and he tried to throw the weight at the boy, missed, and hit Tubman instead, knocking her unconscious. This led her to suffer from seizures, headaches, and narcolepsy for much of her life. In her 70s, she found a doctor in Boston to operate on her to alleviate those symptoms, and she chose not to receive anesthesia during the surgery. Instead, she bit down on a bullet, just as she had seen soldiers in the Civil War do.

6) Her wartime work began in the hospitals.

The Civil War began after Tubman had served as a conductor on the Underground Railroad for more than a decade. Not one to stand idle, Tubman began her service to the Union as a cook and as a nurse at Fort Monroe in Virginia. She was later transferred to work in a hospital in Port Royal, South Carolina, and her knowledge of local plants and roots allowed her to help cure many soldiers of dysentery and other ailments.

7) She became a spy for the Union Army.

African-Americans were only officially allowed to enroll in the military after the Emancipation Proclamation went into effect on January 1, 1863. Tubman volunteered, and was assigned to be the commander of an espionage group tasked with finding escape routes for trapped slaves. In June, 1863, she led a 150-person all-Black battalion along the Combahee River in South Carolina, where they caught slaveholders by surprise and emancipated their illegally-held slaves. It’s estimated that the Combahee River Raid freed 750 slaves.

8) Tubman remarried and adopted a daughter. 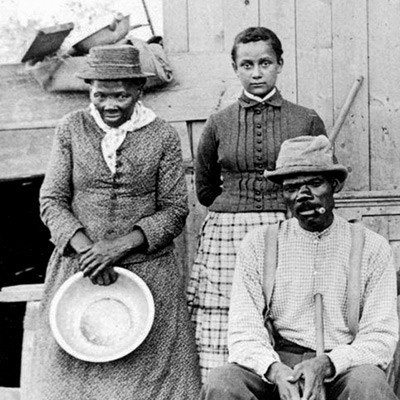 After the war, she returned to New York to help care for her aging parents. She raised pigs, sold produce from her garden and homemade pies to help pay for their needs. In 1867, she received word that John Tubman, her first husband, had died in a brawl with a white man. Two years later, Tubman met and married Nelson Davis, a brick maker who stayed at the boarding house Tubman ran. They adopted their daughter Gertie in 1874, and despite customs of the time and his significant age difference (he was 22 years younger), Tubman remained the breadwinner for their home. Davis suffered from tuberculosis, leaving him unable to hold a steady job, so Tubman stepped into the jobs she could find to support them. They were married until Davis’ death 20 years after they wed.

9) It took 30 years for Tubman to be paid for her services in the war.

When she returned to New York, she applied for compensation but lacked the required paperwork to prove her involvement in the war. Several of her friends and other community leaders wrote letters on her behalf to newspapers and helped her with her appeal. But not until 30 years later did she start to receive a government pension for her work.

10) She was an avid supporter of women’s suffrage.

Many of the women who were abolitionists along the Underground Railroad were the early leaders of the Women’s Rights Movement, particularly working toward women’s suffrage. Tubman was a strong supporter of the movement, and promoted the work by agreeing to give speeches describing her experiences as both an enslaved woman and a liberator.

11) Tubman built a home for the elderly, and lived in it herself when she needed care.

After caring for her own elderly parents, Tubman saw first-hand how few social services were available to the aging. She was able to purchase the 25 acres next to her home in New York, with the dream of turning the property into a home for the elderly. When she was unable to raise the funds to open the home, she turned the property over to the AME Zion Church, on the condition that it would be used as the Tubman Home for Aged and Indigent Negroes. It operated from 1906 to the late 1920s, and Tubman herself became a patient and died there in 1913 in her early 90s.

12) Some of her last words are now Oscar and Grammy-nominated.

In 2019, the movie Harriet immortalized a dramatized version of Tubman’s life and work. Star Cynthia Erivo co-wrote the gospel-tinged ballad “Stand Up” for the film, which evokes the arduous struggles Tubman endured. And the final line of the song is also said to be some of Tubman’s last words before her death: “I go to prepare a place for you.”

Tubman’s indelible legacy is one worth celebrating, and there’s much more to learn about her life this year as her bicentennial is commemorated. In Dorchester County, the Harriet Tubman Underground Railroad Visitor Center is filled with details about Tubman’s work and impact. And that is just one stop on the Harriet Tubman Byway – a scenic and historic road trip that includes more than 30 sites on Maryland’s Eastern Shore that are critical to the story of Tubman’s life.

Other stops along the byway include homes of those who gave slaves refuge, sites of slave auctions, the farm Tubman escaped from, secret meeting places for fugitive slaves, and much more. The byway is a meaningful road trip to do as a family, as a way to educate children about the courage and bravery of men and women escaping slavery, or with friends to appreciate the tenacity of Tubman and be inspired by her commitment to helping others. While most people engage with the byway by car, people who have been especially moved by Tubman’s legacy, or want to get a sense for what she lived through so many times, have taken to walking from Dorchester County, along the byway, through Delaware and into Pennsylvania.

The legacy of Harriet Tubman lives on through the preservation of these historic places, through the commemoration of her courage, and through the people that embody her spirit of generosity, bravery, and selflessness.