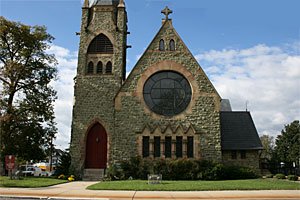 Dorchester County offers brochures with three walking tours of historic towns: Cambridge, East New Market and Vienna. Home to seven governors, Dorchester is one of the oldest counties in the State of Maryland. Stroll along brick-paved Historic High Street lined with stately 18th and 19th century homes. Visit the Dorchester Arts Center and view galleries of award-winning local art. Admire the beauty of the stained glass windows at Christ Episcopal Church built in 1883.

While in Cambridge, stop at the LaGrange Plantation, home of the Dorchester County Historical Society. Visit the Meredith House, built in 1760, Neild Farm Museum showcasing industrial and agricultural artifacts and an extensive collection of Native American artifacts from the county’s history, the Goldsborough Stable displaying items from early transportation history, and the herb garden. Lunch at Suicide Bridge Restaurant on Cabin Creek in Secretary and then continue on to East New Market and Vienna. East New Market was placed on the National Register of Historic Places on October 1, 1975. It was an agricultural center during the 18th and 19th centuries and the village consists of 75 buildings representing a variety of agriculture from that period.

At each of the four entrances to town stands a church of different denomination representing the cultural diversity of the town. Vienna, located on the tidewater shores of the Nanticoke River, is one of the oldest settlements in Maryland. Captain John Smith mentioned the area during his exploration of the river in 1608. The town prospered through trade and commerce, shipbuilding and tobacco farming and the old Customs House dating to 1768 still stands at the foot of Church and Water Streets.

Before leaving Dorchester, stop at the renovated Train Station in Hurlock. While not as old as the other communities, Hurlock was a main agricultural center for the county and its history is centered on the old Dorchester/Delaware Railroad Station built in 1867.