The things you didn’t know about Harriet Tubman

The things you didn’t know about Harriet Tubman

While Harriet Tubman’s work as a “conductor” on the Underground Railroad is becoming known more and more, there are several aspects of her life that have been overlooked.  As we mark March as Harriet Tubman Month here in Dorchester County, where she was born in the early 1820s on Maryland’s Eastern Shore,  we thought we’d share some of the interesting facets of the life of this remarkable woman. We consider March 10 Harriet Tubman Day, as that’s the day she died in 1913. At the end of this story, we also share a few suggestions on how to learn more about her life. 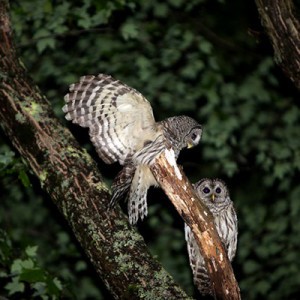 1. She was a great outdoorswoman and a naturalist.

From navigation to foraging for food, Harriet Tubman’s knowledge of the outdoors helped her and her family and friends survive during the 13 missions she led to freedom. She learned a lot about the outdoors while working alongside her father in the timbering industry. She used bird calls to send secret signals along the Underground Railroad. Remember that she often undertook these risky missions in the winter and at night so they’d be less likely to be seen. And then didn’t have outdoor gear, GPS, or any of today’s modern amenities. She also used her knowledge of local plants and herbal medicines later during the Civil War to help cure soldiers with dysentery.

Read more in this Audubon story about how she was an unsung naturalist.

Listen to this podcast from Living on Earth, which includes one of the bird calls she used.

Consider joining a Birding the Tubman Byway tour. or get a sense of the kind of outdoor environments she experienced at Blackwater National Wildlife Refuge, Stop #13 on the Harriet Tubman Byway. 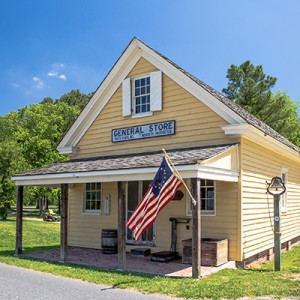 2. A serious brain injury almost killed her – and may have driven her to lead her missions to freedom.

Tubman was almost killed at Bucktown General Store (Stop #17 on the Tubman Byway,  pictured here), when an overseer threw a 2-pound weight at an fleeing field hand and hit Tubman, then a young girl, in the head instead. The serious brain injury left her with a lifetime of pain,  seizures, and narcoleptic spells where she fell asleep without warning. Her medical challenges made her unattractive to potential slave buyers and renters – which helped spur her to escape. The head injury also caused vivid dreams and hallucinations, which she believed were revelations and premonitions from God, urging her to free the enslaved and guiding her to safe routes along her risky Underground Railroad journeys. She was never caught during these highly dangerous missions.  In her 80s, when she was unable to sleep because of ongoing complications from the injury, Tubman underwent brain surgery. She refused anesthesia, instead she insisted to chew a bullet just like Civil War soldiers she cared for did when they had their legs amputated. 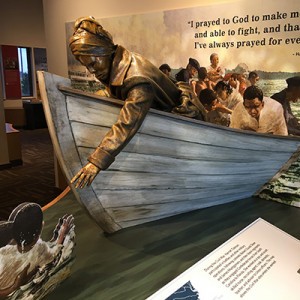 3. She was a spy – and is now in the Military Intelligence Corps Hall of Fame

Tubman was inducted into the U.S. Army Military Intelligence Corps Hall of Fame in  February 2021. The honor came more than 150 years after she worked as a spy and scout for Union soldiers in South Carolina during the Civil War. She was the first woman to successfully plan and lead a military expedition during that war. The Combahee Raid resulted in the freeing of more than 700 enslaved people.
>> The Washington Post published a recent story about Tubman being “a brilliant spy.” As Christopher Costa, executive director of the International Spy Museum in Washington, DC, told the Post, “She was not only involved with spying and scouting, she almost operated like a Special Operations specialist. It is an extraordinary story.” She was buried with military honors in Audubon, New York. 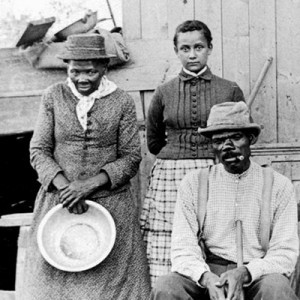 When Harriet Tubman escaped slavery by herself in 1849, family was what she missed. She didn’t see the point of enjoying freedom all alone. That’s what drove her to return to Maryland time and again, each time risking her life – to bring her siblings and parents to freedom. Speaking of family, Tubman married twice. She married John Tubman, a free man, in 1844; they were married for five years before she escaped. After she threw off her own shackles, she returned for him, but he had remarried and refused to join her. When she was in her 40s, she married Nelson Davis, a Civil War veteran 22 years her junior. They adopted a girl, Gertie, but unfortunately, little is known about her life. 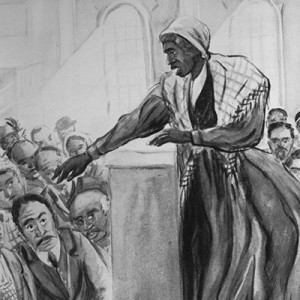 5. She spoke out for women’s rights.

Long after her Underground Railroad work, she was invited to New York, Boston, and Washington, D.C. to give speeches on behalf of women’s right to vote, working with suffragist leaders including Susan B. Anthony. She was also invited as a guest speaker at the first meeting of the National Association of Colored Women in 1896. She never learned to read or write, but by all accounts, she was a dynamic speaker and storyteller. 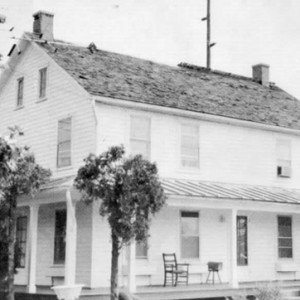 6. She opened one of the first nursing homes for Blacks.

After the Civil War, Tubman settled in Auburn, New York, where she would live for more than 50 years. There, she kept her door open to family members and anyone in need of shelter, food, clothing, or medical attention. She supported her philanthropy efforts by selling her home-grown produce, raising pigs, and accepting donations and loans from friends. For years she worked to fulfill her dream of opening a Home for the Aged to serve indigent and elderly Black men and women. With help from the Thompson A.M.E. Zion Church, the Harriet Tubman Home for the aged opened in 1908. Three years later, with her health declining, Tubman herself moved into the home. As this story from ozy.com says, “…in what is considered among the first nursing homes for Blacks, Tubman cemented her steadfast conviction that health care is a universal human right, a pillar of equity and a foundational block of upward mobility in America.” 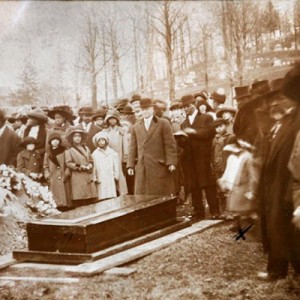 Harriet Tubman died of pneumonia on March 10, 1913 in Auburn, New York. While we don’t know her exact birth date, it’s thought she lived to her early 90s. Her death caused quite a stir, bringing family, friends, locals, visiting dignitaries, and others to gather in her memory.

>  Read a fascinating account of her funeral from Secrets of the Eastern Shore.

While there are few events going on these days because of the pandemic, you can still honor Tubman’s life. Here are a few ways: