Seven Sheep, a Cook and Karma

Seven Sheep, a Cook and Karma

In February, people around Dorchester County proudly recall the role a local militia played in defending some local farmers on Taylors Island. The Battle of the Ice Mound was fought in the closing days of the War of 1812, after the British Parliament had signed the Treaty of Ghent ending hostilities but nine days before the US Senate approved the accord. It was the last fight of the War of 1812 on the Chesapeake, which the British had effectively blockaded for three years. 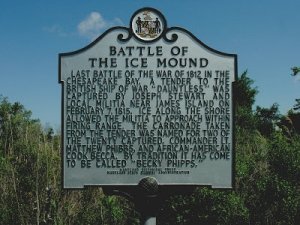 On February 7, 1815, a British raiding party was returning to the warship HMS Dauntless with seven stolen sheep and two captured house servants from local farms. The temperature was frigid as the looters made their way out Slaughter Creek. Floating pack ice relentlessly gripped at the hull, gradually immobilizing their vessel. By early morning, they were firmly icebound in enemy territory.

The Ship’s Log from the Dauntless moored out in the Bay that day recorded:

“…at daylight saw ourselves surrounded with ice and by 7 o’clock the ship was fast…Noon. Fine hard weather saw nothing of our boats…8 p.m. fresh breezes with severe frost the boats not having returned fear they are frozen in.” 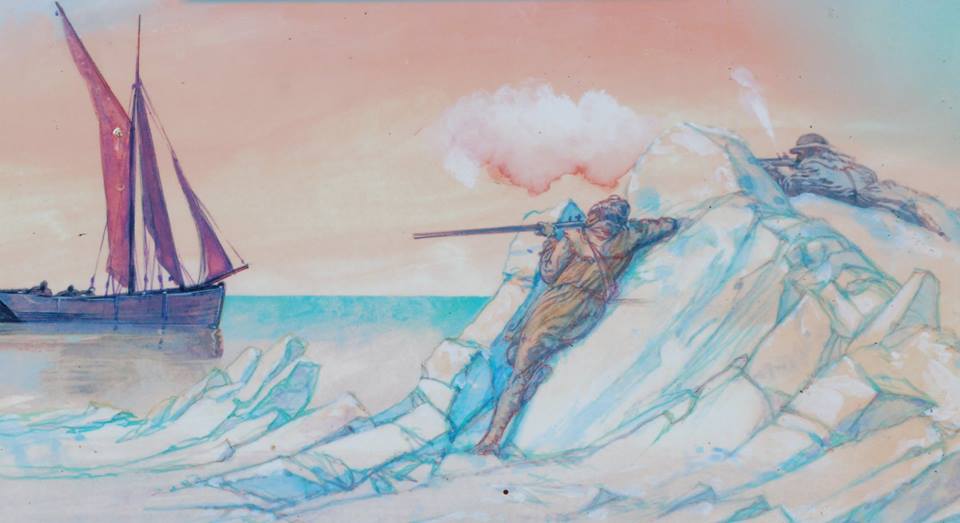 Maryland Militiamen huddled behind an ice mound and captured a British raiding party in 1815.

Crossing the bridge onto Taylor Island, the road curves to reveal the vantage point of the 48th  Maryland Militia at dawn that winter day. There, trapped in the ice, sat the lightly defended British tender with its 18-man crew and spoils from the raid. Throughout the war the British had been tormenting landowners around the Chesapeake as they attacked Washington and Baltimore. The Americans despised them and were going to take full advantage of this opportunity.

The ice extended to the Taylors Island shoreline, allowing Private Joseph Stewart and his men to guardedly approach the impacted vessel. After scrambling over the ice to get within range, the men tucked behind a frozen mound large enough to offer some protection. Opening fire, they quickly hit one of the raiders, and the rest of the party took cover below deck. After two hours of being pinned down, cold, unable to return fire or sail away, the British surrendered and were taken ashore. In 2015, local residents worked for months to organize a reenactment to mark the bicentennial of the Battle of the Ice Mound (pictured at top).

Back to 1815… HMS Dauntless abandoned the raiders when they did not return. Two of the crew were taken to Easton, and the rest were locked in a local jail. A year later Congress awarded Private Stewart and his fellow militiamen the generous sum of $1,800 to split among themselves. 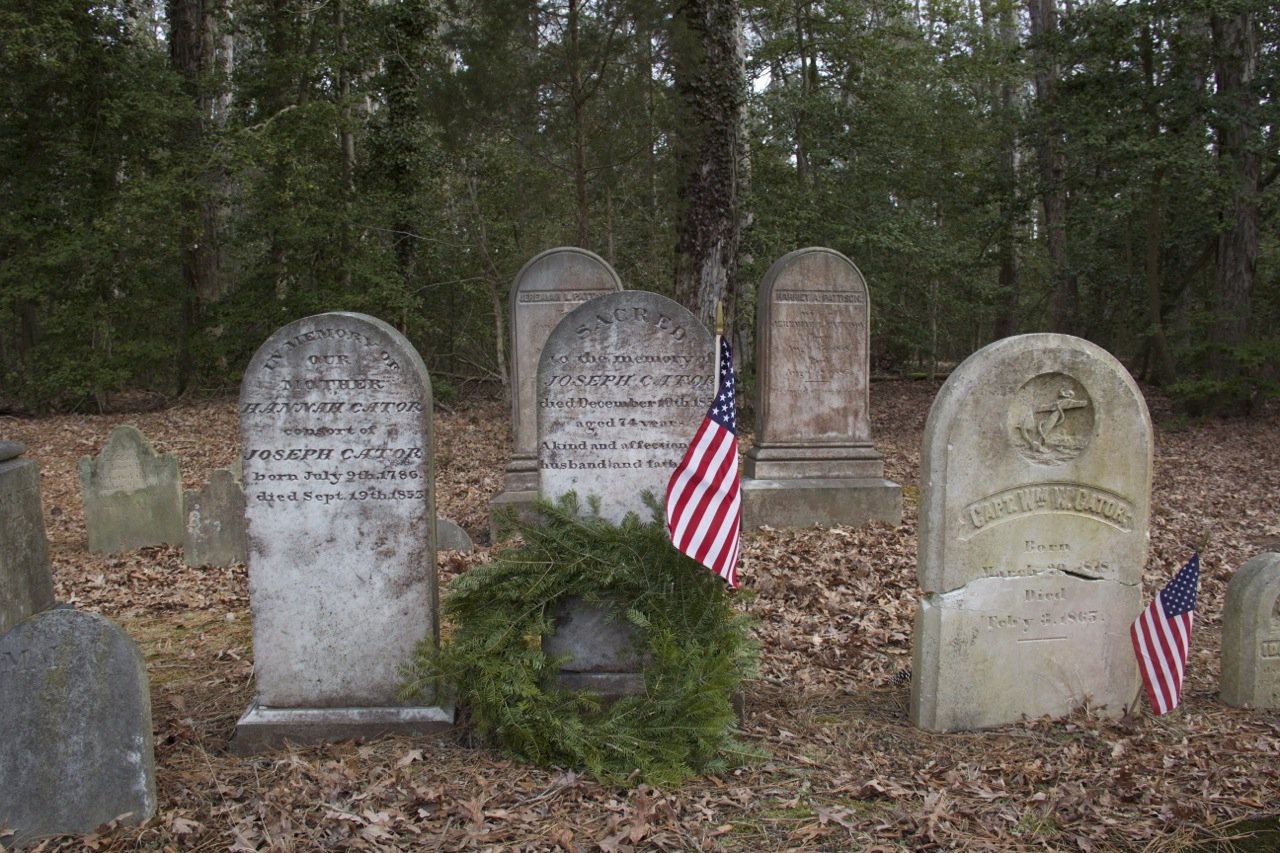 In the aftermath of the war, the tender was dismantled and sold. The 12-pound cannon that had been on board but never fired remained on Taylors Island and was named “Becca Phibbs” after the kidnapped cook, Becca, and the British tender’s unfortunate leader, Lieutenant Phibbs. Two hundred years later, it is called “Becky Phipps” and can be visited just after crossing the Slaughter Creek Bridge on Taylors Island Road (Route 16) coming onto the island. You can also visit the graves of local men who fought in the War of 1812 at Grace Church and Bethlehem “Brick” Church on Taylors Island and at Old Trinity Church on Church Creek.

To plan a trip to Taylors Island and learn more about the Heart of Chesapeake Country, send us an email or call 410-228-1000.