This month’s spotlight shines on the Nause-Waiwash Band of Indians, who continue to preserve and promote their rich history and culture on the Eastern Shore. Native American Heritage is one of the founding themes of the HCCHA, which prioritizes stewardship like that demonstrated by the Nause-Waiwash, as well as the preservation of threatened and vanishing places, practices and stories.

Continuing traditions of their ancestors 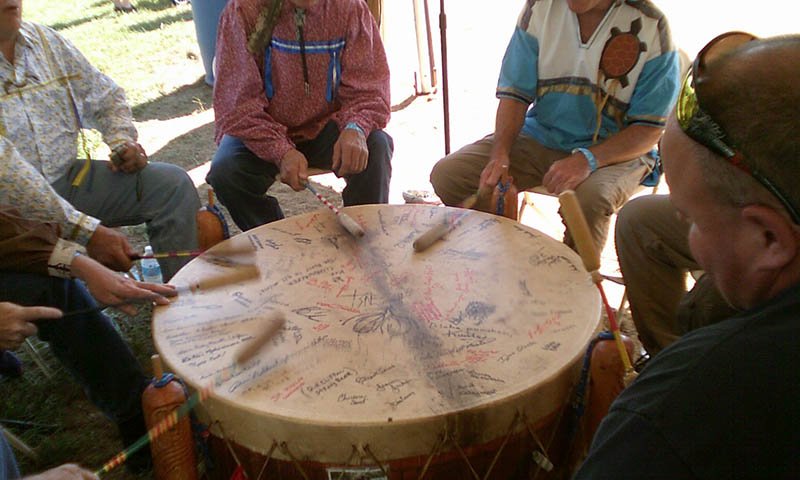 Every fall, dancing, music and song fill the Vienna Ballfield as descendants and friends of Eastern Shore Native American tribes gather to honor and celebrate the rich culture and traditions of Dorchester County and its indigenous people. Organized by the Nause-Waiwash Band of Indians, the annual festival features ceremonies, demonstrations, competitions, games and authentic food and crafts.

Neighboring tribes attend to show their support. In the past, guests have included representatives from the Assateague, Nanticoke, Accohannock tribe of Somerset County, Cherokee, Mohawk, Pamunkey, Creek, Blackfoot, Seneca, Lumbee, Tusarora and many other tribes and nations.

One year, Native music was played by a flutist from South America, three native drum groups played so dancers could dance the potato dance, the grass dance and the sneak-up dance. A tomahawk throw offered a chance for those who wanted to test their skills. A team of sleigh dogs also provided a demonstration from the Native Alaskans’ culture. 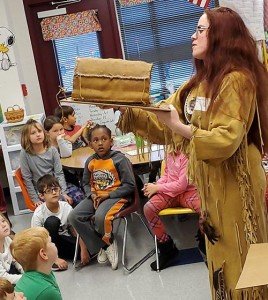 Their name, Nause-Waiwash (nah-soo WAY-wash), is a reference to two Nanticoke ancestral villages. One was located outside of Cambridge along the Choptank River, and the other was located outside Vienna along the Nanticoke River. Based in Dorchester County, the Nause-Waiwash are the remnants of what Europeans call Nanticoke, Choptank and Pocomoke tribes who fled into the marshes in the 1700s to avoid execution. These three names, Nanticoke, Choptank and Pocomoke, are the names of the three major rivers in the area, which are tributaries of the majestic Chesapeake Bay.

Captain John Smith “discovered” these Native Americans during his exploration of the Chesapeake Bay in 1608, which is well documented in his writings and history books.

In the late 1980s, Sewell Fitzhugh decided that the history, culture and traditions of these Dorchester County Indians needed to be preserved. With the support of local elders, Fitzhugh proceeded with organizing the now Nause-Waiwash Band of Indians, Inc. A council was formed, and as is the tradition, the women of the tribe held an election. Fitzhugh became the first chief of the Nause-Waiwash Band of Indians, Inc. 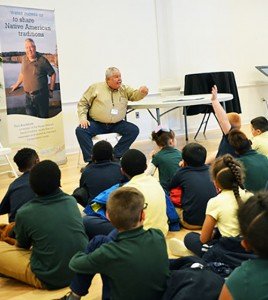 One challenge they have faced is researching and connecting their lineage. As so many were forced to leave their lands, they were given European names and began to identify as either Black or White. For instance, genealogists have found that Sara and Jenny became the most common female Christian names given to Nause-Waiwash ancestors in the 1600s and 1700s, said Chief Wolf Mother Abbott.

The enrollment process for the tribe today calls for tracing the family tree to where the indigenous blood line comes in. They have found that there are several common surnames that repeatedly show up in these searches. Robbins, Abbott, Tall and Hughes are among them.

“Chief Fitzhugh had a passion for his history, and he learned a lot from his grandmother,” Chief Abbott said. “He says that when people were educated, it was by word of mouth. By the 1980s, he had an abundant amount of information about the people of this area and lower Dorchester County.

“We all knew we had Indian blood. We all knew we were descendants. But many elders were disgraced so they didn’t educate their children about their culture. At least two generations didn’t ‘own’ it or know anything about it. My generation is trying to document the history and recreate the stories. More and more people are starting to embrace their heritage.”

Today, there are more than 300 listed in the enrollment books, and they come from all over, including Texas, Florida, Pennsylvania, Delaware and the Virgin Islands. 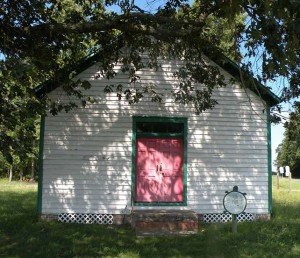 The Nause-Waiwash Longhouse is  is on the National Registry of Historic Landmarks.

Although, it is not a traditional long house, it has an enduring connection to the tribe. The trees used in its original construction were grown and milled by Nause-Waiwash ancestors and donated to the church, Chief Abbott said. When the renovations are completed, the long house will be used as a meeting place and for ceremonies.

Heart of Chesapeake Country Heritage Area Mini-Grants have been instrumental in assisting with the Nause-Waiwash’s annual Native American Festival (see photo above), which is held to “educate the public and our own people of our history, culture and traditions. Over the course of the two-day event in 2019, an estimated 1200-1500 people were in attendance. People came from as far as South Dakota and Mexico City. People come to our event to dance and pay homage to our ancestors. Some people come to cleanse their soul.” 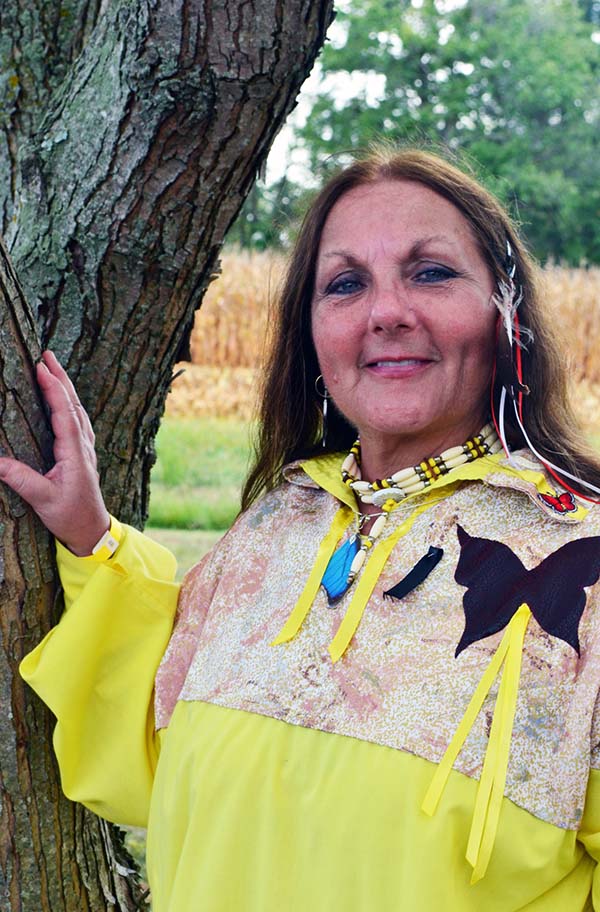 Chief Donna Wolf Mother Abbott was elected the first woman chief of the Nause-Waiwash in 2014.

“Our biggest accomplishment is the exposure we are getting, with more people welcoming us and embracing our culture and history.” – Chief Donna Wolf Mother Abbott

The Nause-Waiwash Band of Indians have contributed to the community by cleaning up old cemeteries that have been neglected, supporting the reconstruction of the American Legion Post 91, supporting the Dorchester Goes Purple campaign, donating school supplies to the Dorchester County Public Schools and also the Johns Hopkins school supply drive sponsored by the Johns Hopkins Legal Department.

Members of the tribe have participated in the Linchester Mill Discovery Days and have talked to students in the classroom about the tribe’s history and culture. The tribe is extremely supportive of educating people. The mission of the tribe is, “Pride in preserving our history, enhancing our culture and maintaining our traditions through education; now and for generations to come.”

In 2014, after the death of Chief Sewell Winter Hawk Fitzhugh, the women of the tribe held an election for a new chief. Donna Wolf Mother Abbott was elected – the first woman chief of the Nause-Waiwash. Chief Wolf Mother’s goal for the Nause-Waiwash is to continue to move forward and to educate.

For the latest on the annual Native American Festival, usually held in mid-September in Vienna, Maryland, check here. 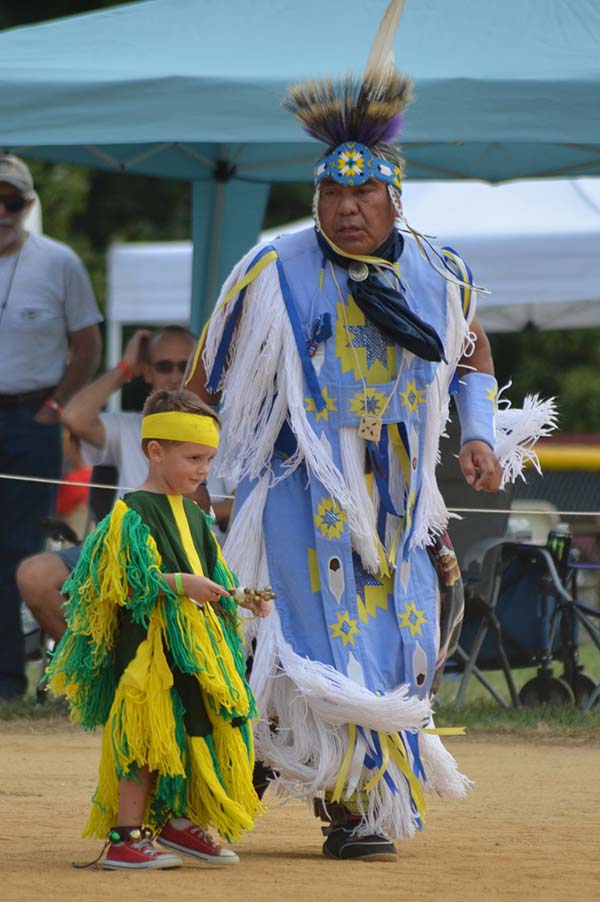