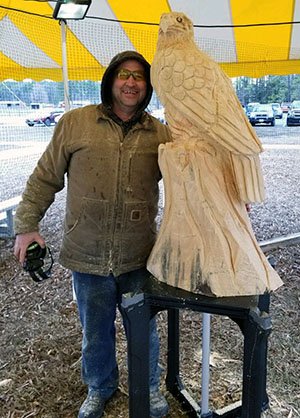 The 2018 and 2019 Outdoor Shows featured Extreme Chainsaw Carving with Marty Long, funded in part by mini-grants. Long used Dorchester County trees to produce a muskrat, blue heron, raccoon and lighthouse, among other works of art.

With its focus on traditional outdoor skills and heritage, the National Outdoor Foundation is celebrating its 75th show this year, but its foundation goes back even further – to the 1930s, when muskrat was considered “the farmers greatest winter crop.”

Since 1984, the National Outdoor Foundation has donated more than $82,000 toward scholarships. The foundation also has donated an additional $120,000 has been contributed directly to Dorchester County schools, volunteer fire departments, sporting groups, local events and other nonprofit organizations.

The National Outdoor show owes its beginnings to the muskrat, which has long been a staple in Dorchester County. According to Blackwater Quarterly Narrative Reports, the meat was prized by locals and sold commercially under the name of “marsh rabbit,” and the fur was highly sought as it resembled the hide of the Hudson seal. The season then, as now, begins Jan. 1 and ends March 15.

In 1938 and 1939, a group of local residents organized informal winter picnics where competitive muskrat skinning was featured. Participation grew exponentially every year, and a formal competition was held in 1940 with 25 men and women from Maryland, Delaware, New Jersey and Virginia vying in the first Men’s and Woman’s National Muskrat Skinning Championship.

By 1941, the event had morphed into the “Cambridge Life Outdoor Show” and Second National Muskrat Skinning Competition,” according to Blackwater Quarterly Narrative Reports. More than 1,500 attendees watched 14 contestants from Maryland, Virginia and Delaware vie for champion titles at the local Armory. A “juvenile” muskrat skinning contest awarded 50 cents to each child winner. Log sawing and oyster shucking contests were also on the schedule. Exhibits included a glass swimming tank which with live muskrats and an “Australian axeman” who repeatedly tossed and caught a boomerang through the crowd, according to The Daily Banner.

WWII curtailed official activities of the show 1942 thru 1946, although a competition of sorts continued. In 1947, the show resumed and has been an annual event without interruption.

From Dorchester to Louisiana 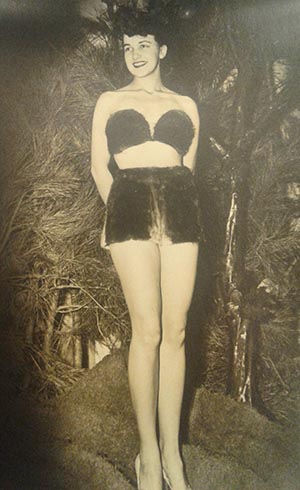 In the 1950s, a Fur Queen would model a fur swimsuit along the banks of the Choptank River.

During the 1950s, Fur Fashion Shows were held to promote the fur industry. A Fur Queen would be chosen, and this brave damsel would model a fur bathing suit along the banks of the frozen Choptank River. In 1954, the Fur Queen contest was replaced by the Miss Outdoors Pageant.

Answering a challenge from Maryland Sen. Fred Malkus, Louisiana’s congressman, sent a 25-year-old trapper from Cameron Parish to the National Outdoor Show to compete in the 1955 skinning contest. The Louisiana trapper placed fifth, but the dare had lasting effects. By the end of that year, Louisiana had initiated its own version of the Outdoor Show: The Louisiana Fur & Wildlife Festival. It is now deemed the “Oldest and Coldest Festival” in Louisiana and is an official “sister festival” to Dorchester’s Outdoor Show. Each year, skinners, festival queens and representatives of the Louisiana Fur & Wildlife Festival and National Outdoor Show travel to each other’s states for friendly competition and faithful fellowship.

Sponsorship of the Outdoor Show passed from The Farm Bureau to the Cambridge Chamber of Commerce and then to the Cambridge Jaycees. In 1984, the South Dorchester Jaycee Women assumed sponsorship and moved the show to its current location at South Dorchester K-8 School in Golden Hill. It was judged Best Community Oriented Project of the State and National Jaycee Women’s Organizations.

The National Outdoor Show is run completely by more than 100 volunteers, with four board members and 30 chair persons

Funding from the Heart of Chesapeake Heritage Area has helped the National Outdoor Show promote their annual event, which showcases unique talents of Dorchester County residents. Mini-grant funding has included: 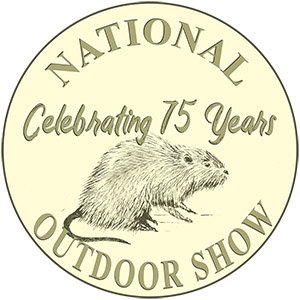 Key Dates
in the past 35 years