This month’s spotlight shines on the Town of Hurlock, which embraces a heritage rooted in the early railroads vital to this country and the Eastern Shore. Hurlock will celebrate its 130th anniversary next year and can confidently proclaim that it proudly holds true to its motto, “On track … since 1892.”

Founded in 1892, the town has a railroad heritage that goes back even further, to when the Delaware Railroad built a station there in 1867.  The Baltimore, Chesapeake and Atlantic Railroad and Delaware Railroad intersected the town in 1890 and became a hub for rail products and transportation. Over the years, as rail transportation slowed so did the town, which is named after its first resident, John Hurlock, who owned a store near the railroad. 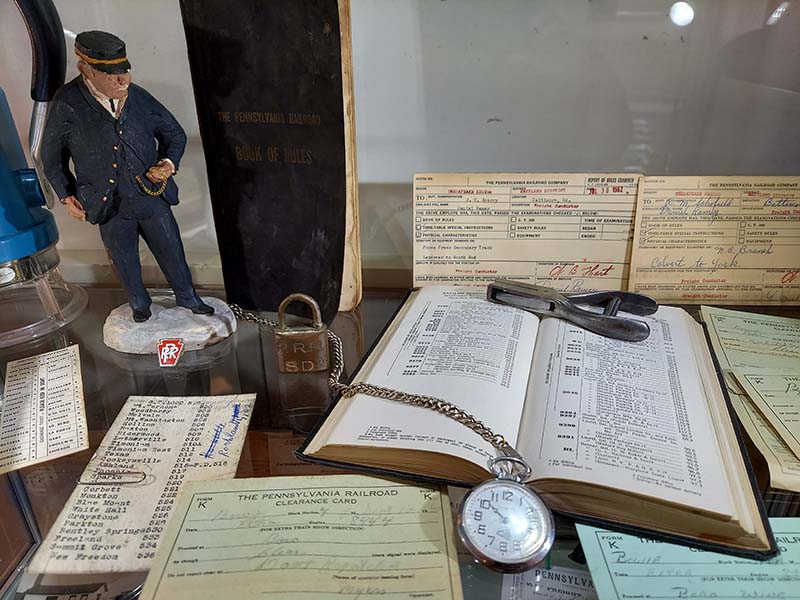 New display cases in the Train Museum are filled with artifacts donated by local residents.

Currently with about 2,100 residents, the town continues to honor its railroad history. A new train mural was unveiled in 2020 and is featured as part of the Chesapeake Mural Trail Tour on the Visitor Dorchester Audio Guide cell phone app. The town’s fall festival, held annually since 1992, was started to celebrate the Centennial of the founding of the town. The event includes roundtrip train rides to Federalsburg in the two restored Norfolk and Western passenger cars pulled by a Maryland & Delaware locomotive.

In addition, the town holds an annual Christmas parade. With their Veterans Memorial, the community also hosts a Memorial Day service.

The town has been a committed partner to the Heart of Chesapeake Country Heritage Area since its founding, with a representative on the Heritage Area’s Board of Directors. Mayor Michael Henry has served in this position since 2019, helping to set direction for the Heritage Area and providing support for heritage partner organizations throughout Dorchester County.

The town also has continued its preservation efforts with support from the Heart of Chesapeake Country Heritage Area as well as the Maryland Heritage Areas Authority.

“With the assistance of these grants we are hoping to boost our local tourism and provide an economic boost to the area. We are trying to show what our heritage was like in the past, what it is now and hopefully where it will be. We want to be a destination not a pass through town.”
– Mayor Michael Henry

Adding Charm to the Community

Town improvements have been a priority for Henry, who recently announced that he will not be seeking a second term as mayor. Under his tenure, the town has repaired the pavilion, cleaned and repaired the Community Center, improved the facades of many of the downtown businesses with awnings and is currently repairing the library exterior. They also have refurbished the train cars on the tracks outside the Hurlock Train Museum. These projects, as well as others have added to the charm and beauty of the community.

“I truly believe ‘we put Hurlock back on track,’” Henry said.

In FY2020, MHAA awarded the town a $62,500 grant to rehabilitate the Hurlock Train Station. The roof and rain gutter system repair work was completed earlier this year. Along with those repairs, the station got a new coat of paint, and after a few minor interior repairs, the station was converted for museum use.

Also in FY2020, the town received a local Heritage Area mini-grant in for the purchase of display cases, lighting, signage and shelves for a collection of artifacts from citizens in Hurlock and Dorchester County that will be on exhibit at the Hurlock Train Museum. 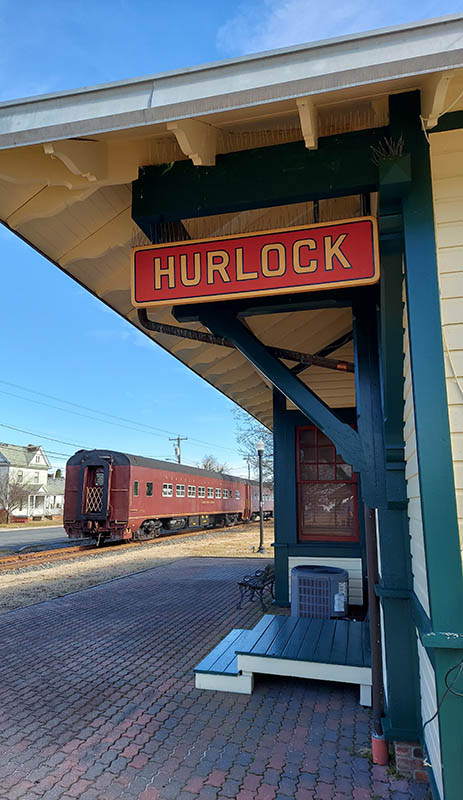 A few scenes from inside the museum: