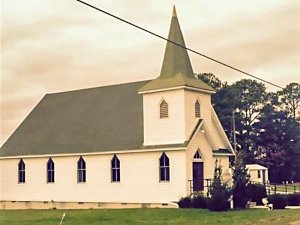 The New Revived United Methodist Church, once known as Jefferson Methodist Episcopal Church, was established in 1876 on Taylors Island. The existing building replaces a church dating to the late 1800s. The church is a stop along the Harriet Tubman Underground Railroad Byway. New Revived is one of four traditionally black churches in the area founded right after the Civil War and emancipation. The church continues to hold the true Christian values of meeting the needs of the community. Annually the church has its Methodist Camp Meeting the first Sunday of August, featuring the Sing and Praying Band of Maryland and Delaware.