“The sign previously focused on a Union regiment raised in Cambridge and their actions at the Battle of Gettysburg,” said Drew Gruber, Civil War Trails executive director, who was in Cambridge for the installation of the two interpretive markers.

“As part of our efforts to improve the visitors’ sense of place, we found the original recruitment advertisement, which encouraged volunteers to enlist at the historic law office where our sign is located. Working with a local book store, we located a photo of a soldier who walked through the doors of the law office there in Cambridge and enlisted in the regiment. We are very excited to present these two rather rare pieces of Dorchester history as a resource for residents and to the benefit of visitors.”

The other sign that received makeover is located at the Dorchester County Visitor Center. The orientation sign includes simple updates related to way-finding.

Civil War Trails connects visitors to the great campaigns and lesser-known sites of the Civil War. The organization and its five state tourism offices produce 15 map-guides, which are distributed both domestically and internationally. There are 1,550 sites in the entire network, which stretches over 200,000 square miles.

Dorchester County currently has three sites that appear on two maps as well as on the Maryland Civil War Trails app. In addition to the sites at the Visitor Center and the Wallace Office Building, there is a marker at Old Trinity Church in Church Creek, the burial place of Anna Ella Carroll, sometimes called an unofficial member of President Lincoln’s Cabinet.

“Dorchester County’s three Civil War Trails sites highlight the incredible courage, sacrifice and dedication by people just like you and me,” Gruber said. “Anna Carroll’s persistence in a period before suffrage cannot be understated. The agency taken by thousands of enslaved people to gain their own freedoms is simply inspiring. Each man who signed his name to the rolls of the 1st Eastern Shore Regiment made a brazen statement since they did not have the benefit of hindsight in knowing how the war would end.” 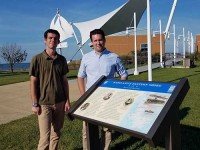 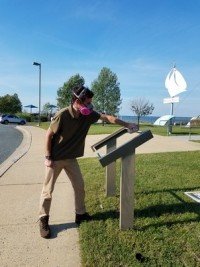 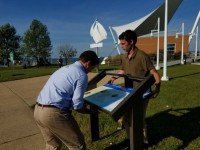 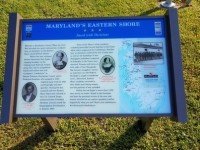 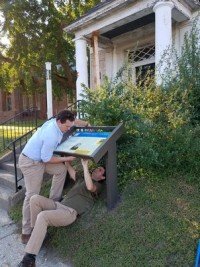 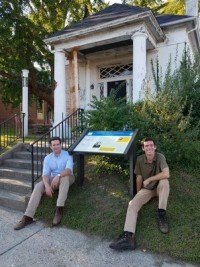 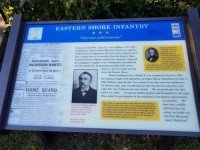 Where to view the signs