Although it’s been several years since he last taught at Cambridge-South Dorchester High School, local waterman Fred Pomeroy has never left the classroom. 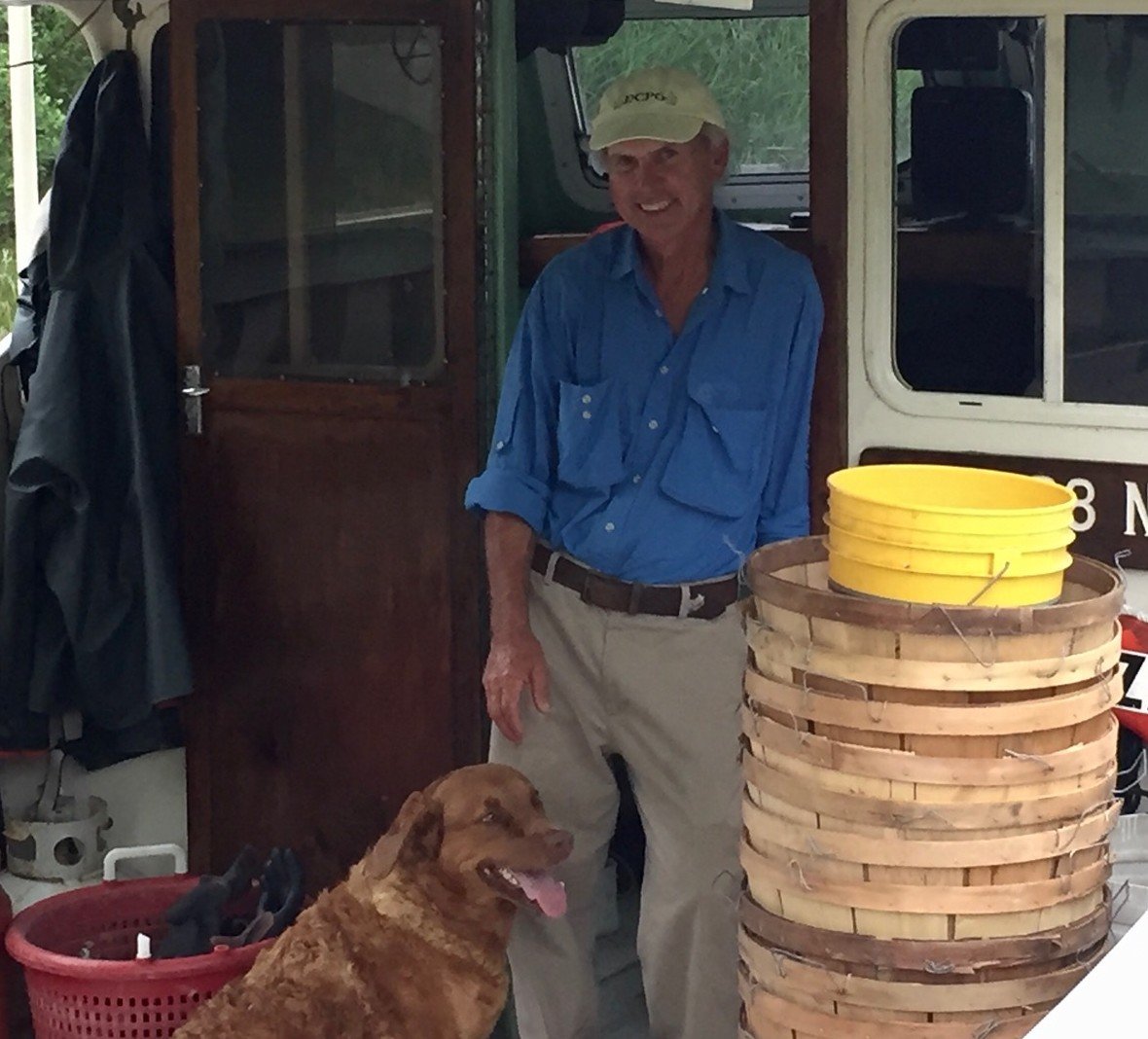 Today, Captain Fred, the owner-operator of Stoney Cove Charters, takes visiting families on the Little Choptank River and teaches them how to dip for crabs on a commercial-length trotline. Along the way, they learn river navigation, the life cycle of a crab and receive a history lesson on Chesapeake Bay watermen.

The typical trip is four to five hours and includes a crab feast prepared by his wife Lexine Lowe that includes watermelon, soda and beer. Visitors enjoy their catch at Stoney Cove House, Fred and Lexine’s nearly 50-year-old log cabin and private marina.

Pomeroy will also take families on Rockfish and bottom-fishing charters and has even arranged custom trips to dredge for oysters. 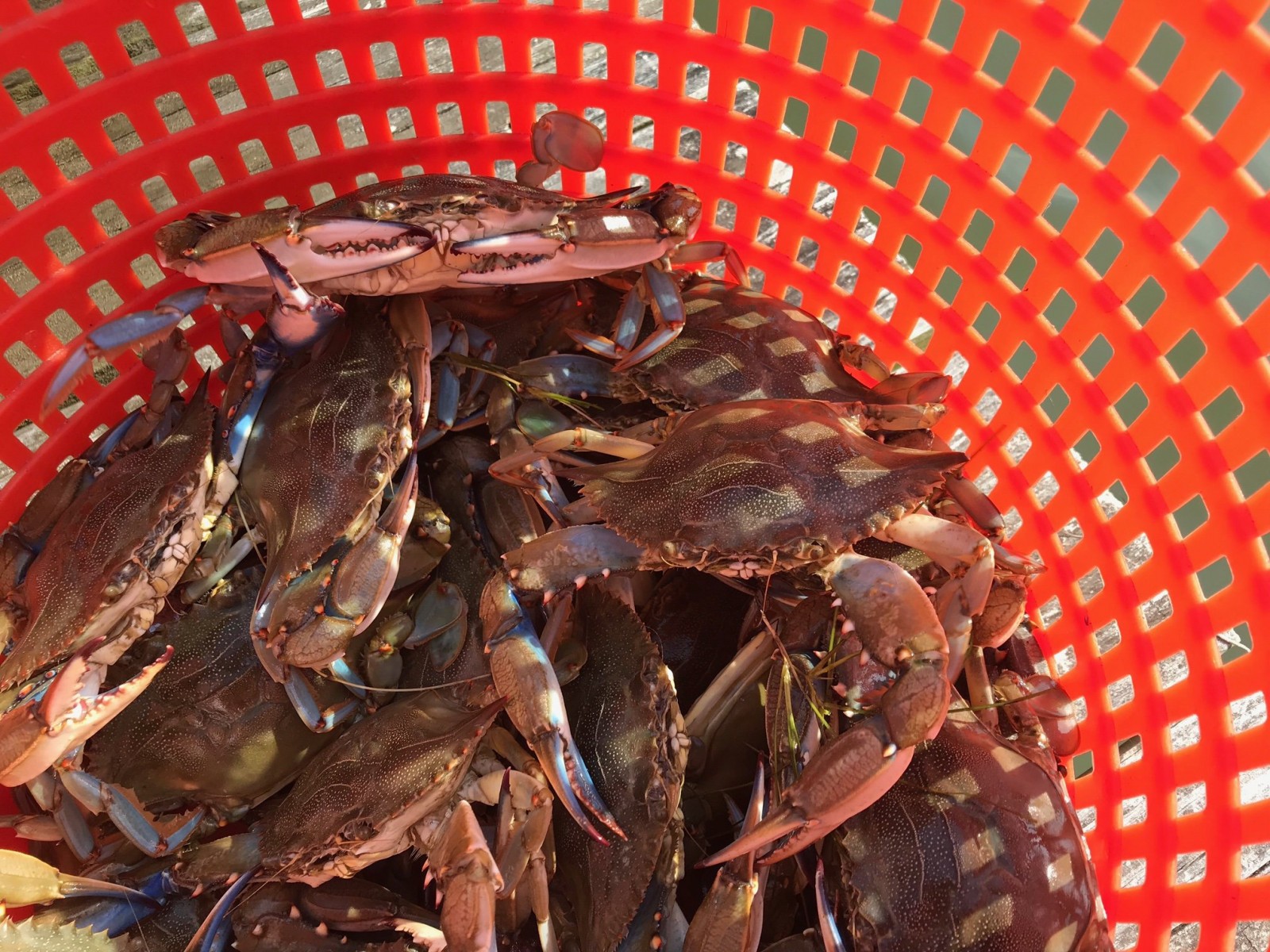 “I take kids out and they have a blast,” said the U.S. Coast Guard-licensed charter captain. “I get a lot of families, groups of friends, vacation renters at Airbnbs and those attending family reunions. They’re looking for something unique.

“A fair amount of business comes from the Hyatt – the concierge has my card. They come from all over the country, even the world. I’ve taken people out from Scotland, Canada and as far as Qatar.” 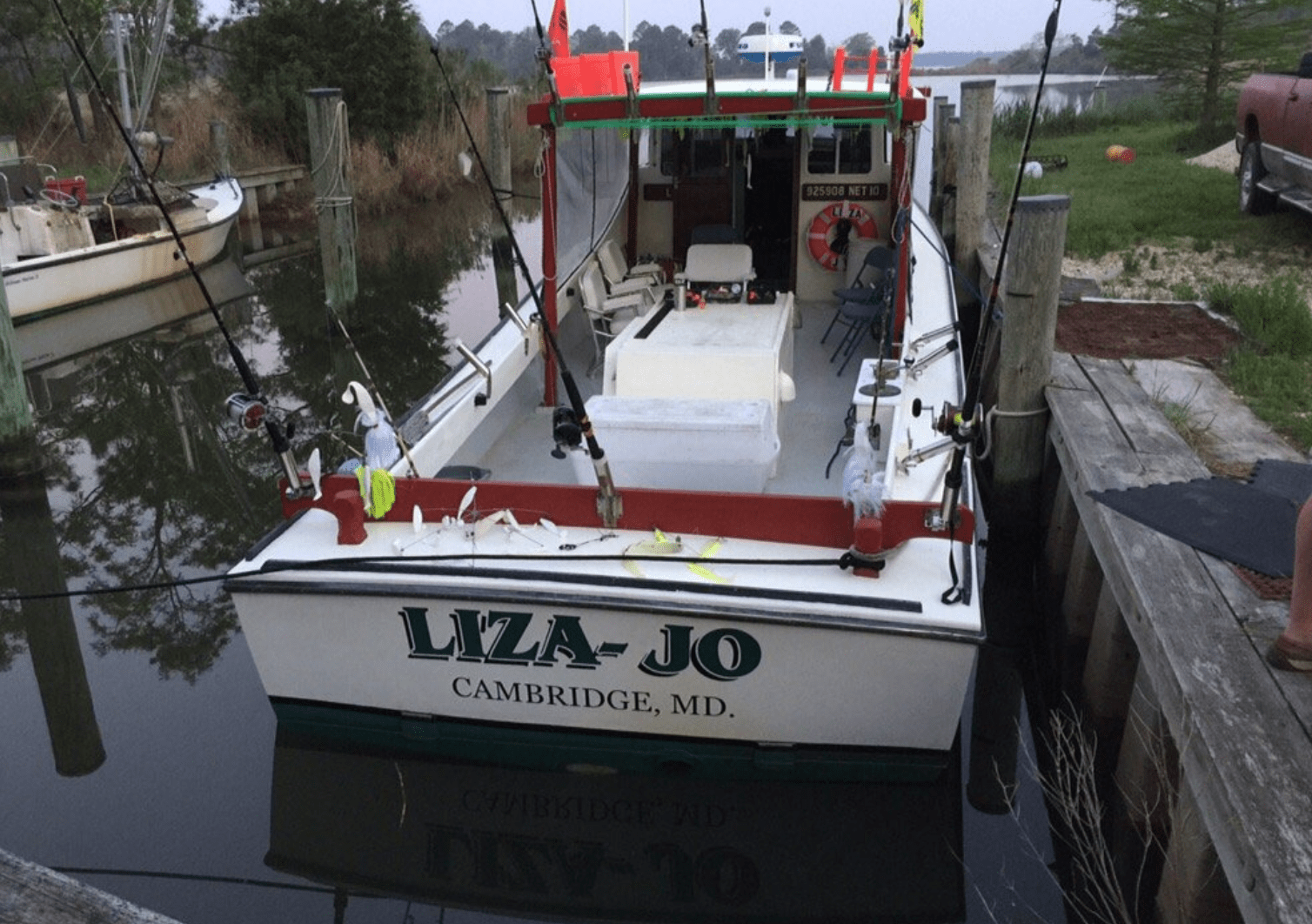 Captain Fred can accommodate groups up to six passengers. The Liza-Jo, his 38-foot Chesapeake Bay deadrise named for his daughters, doubles as a commercial crab and charter vessel. His loyal Chesapeake Bay Retriever Sprey adds to the experience.

“Cultural tourism is a real good thing for the county,” he said. “It makes people aware of the heritage of the area and the fragility and value of the habitat we have here. I like that aspect. The more people – especially young people – understand, they’ll want to keep it (the Bay) as clean as possible.”

Captain Fred says the custom charters, which he has offered part-time for 30 years, are a small part of his income.

“It’s not completely about what I can make,” he said. “It puts me around children and keeps me young.”

Pomeroy, 69, taught high school English for 14 years, but has worked as a commercial waterman his entire life; beginning as a 15-year-old with his own skiff which he and his grandfather built.

Capt. Fred crabbing at sunrise by Bailey Galvin-Scott, “The Watermen”

Today, he fishes a trotline for crabs and leases oyster bottom on the Little Choptank where he plants spat on shell and grows oysters to harvest size. Pomeroy’s oyster dredge – Sadie & Sofie – bears his first granddaughters’ names.

“I’m trying to leave more oysters than I’ve found. I’m not a rabid tree-hugger, but I do care about the environment, and I think we need to be good stewards of the land and water.”

Stoney Cove Charters is based in Dorchester County’s Neck District, about five miles west of Cambridge and in the vicinity of the University of Maryland Horn Point Laboratory and The Spocott Windmill, two additional county attractions. For more information and to schedule a trip, Fred and Lexine can be reached at LLstoneycove720@gmail.com. 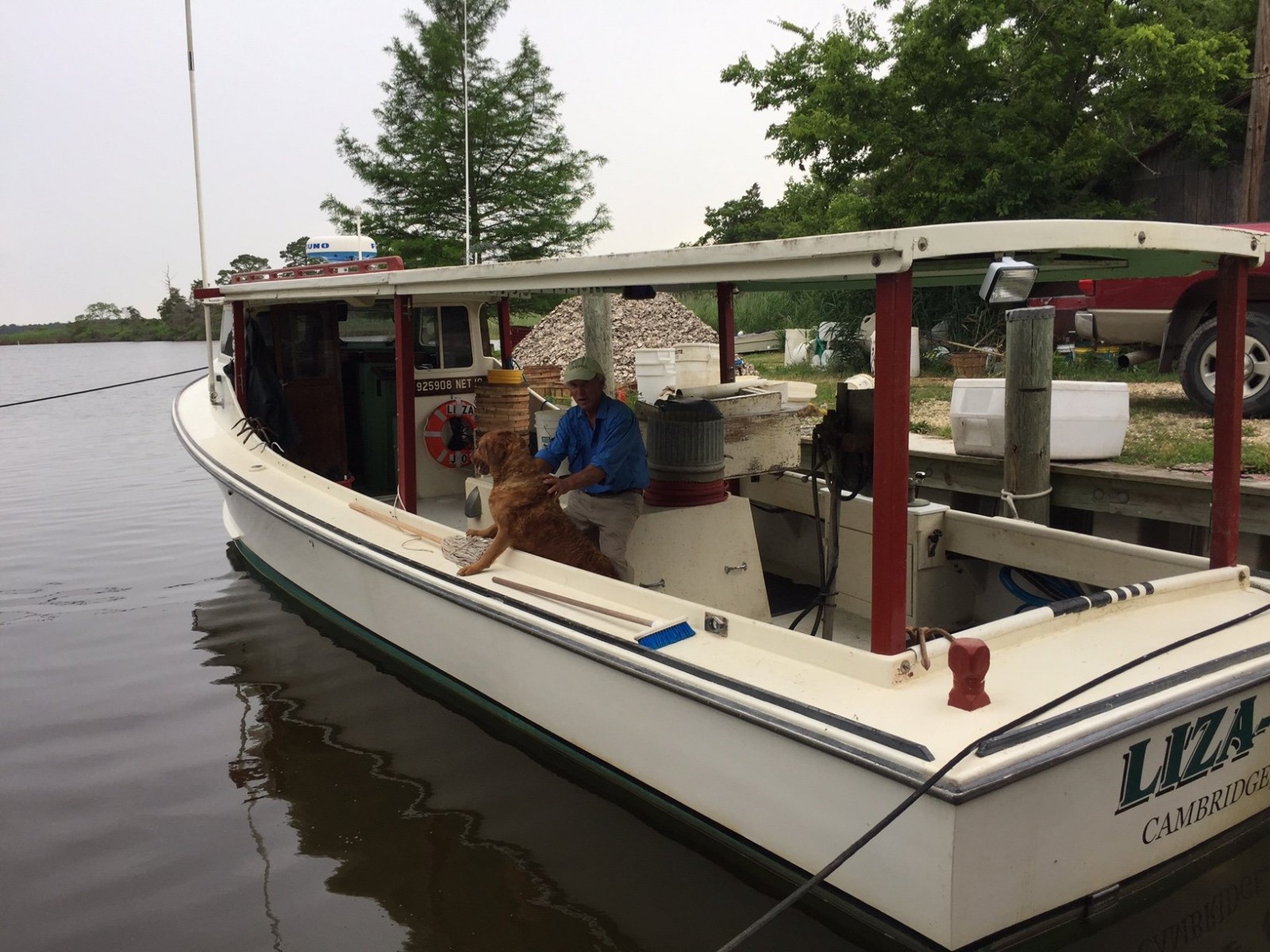 Information on fishing, crabbing and additional charters and excursions in Dorchester County is available here.

Here’s a short video trailer from MinuteMen Productions titled “The Watermen” that shows life on the water with Captain Fred as he works his trotline.