We continue our monthly Heritage Business Spotlight with Suicide Bridge Restaurant! Each month, we recognize a business with deep ties to the Heart of the Chesapeake Country Heritage area.

Serving up fresh seafood, legends and more – from riverboats to a new outdoor wedding pergola to boat docking competitions 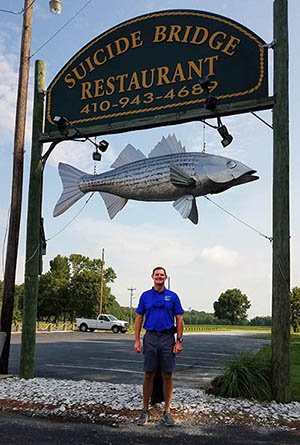 Craig Cropper has been general manager of Suicide Bridge Restaurant for nearly 30 years.

When Dave Nickerson decided to open a small restaurant on Cabin Creek near Secretary, Maryland, in 1983, he was looking for a venue to feature prepared dishes of the local fish, crabs and oysters that his company, Cambridge-based Kool Ice & Seafood Company, sold over the counter.

He saw the potential for realizing his dream in an unassuming establishment that had started out in the 1950s with a couple who owned a home on the site and added a room with a dirt floor to sell ice cold beer and crab balls. It was called Poor Boys Yacht Club at one time and Uncle Joe’s at another. Throughout the 1960s and 70s, they would have country bands in the back and 16-foot skip races on the creek.

After 35 years – and multiple additions – the 400-seat restaurant is now a thriving business and a popular destination for Eastern Shore residents and tourists alike, said Craig Cropper, general manager and Nickerson’s nephew.

“I’m just amazed at how everyone in this area is affected by water,” Cropper said. “So many people earn a living from the water – crabbers, fishermen, oystermen – and I appreciate that. I am proud to be part of that as a buyer and seller of those great products.”

From shack to multi-faceted dining experiences

“When my uncle bought it, it was just a small little shack,” Cropper said. “There was a bar in the back and maybe 30 seats. He did some remodeling, added a room to seat 60-70 people and a couple of cooks and started to grow the place with good seafood. Owning a seafood company, he had prime pick – crab, oysters and rockfish. From there, it started to grow. There were waiting lines out the door.

“In 1994, he added another room that seated 60-70 people. A year later, he knocked that down to expand even more and add an upstairs. He also built an open-air pavilion in 1995, and a few years later enclosed and expanded it to meet demand. Today, there are 400 seats. We’ve been moving forward, and we’re just busy, busy, busy. It’s morphed into something pretty big.”

And the name? Nickerson called the restaurant Suicide Bridge Restaurant, after the nearby bridge that is the subject of many legends and local lore. The official name of the bridge is Cabin Creek Bridge because it crosses Cabin Creek. The stories include five suicides and one attempted suicide that involved Nickerson rescuing a woman from icy waters only to have her rebuff his attempts to get her into her warm car because she didn’t want to get the seats wet. All the stories are on the Suicide Bridge Restaurant website.

Expanding onto the water

Cropper joined the restaurant team in 1990 and has overseen much of the expansion, most notably, Nickerson’s venture into a companion business offering riverboat cruises. Nickerson purchased his first riverboat, the Dorothy Meagan in 1997. It had been in service in Myrtle Beach, S.C.

“That was a big hit,” Cropper said. “The restaurant couldn’t expand any more. There was no buildable space except what you have on the water.”

The boat became a popular venue for crab feast cruises and also offered dinner cruises. In 2003, they purchased the Choptank River Queen, a sister ship to the Dorothy Meagan that was built by the same shipbuilder. It had been in service in Jersey City, N.J., taking tourists on cruises around the Statue of Liberty.

About five years ago, the restaurant added a Tiki bar. This year, they, added an outdoor wedding pergola. They have room for small banquets for any occasion – weddings, rehearsal dinners, crab feasts.

“Time is flying by,” Cropper mused as he discussed all the additions, renovations and expansions.

Throughout its evolution, the restaurant has continued to demonstrate its commitment to the values of the Heart of Chesapeake Country Heritage Area – even before there was local heritage area.

“We source local fish, shellfish, produce,” Cropper said. “Before farm-to-table was in, we were farm-to-table. From day one, we got our seafood locally. We buy our crabs right here on our dock every day. They go right from the boat to the steamer.”

Cropper describes himself as a true Eastern Shoreman, who loves being on the water.

“The Choptank and all the waterways around Dorchester are so rich,” Cropper said. “You go out your back door and go fishing or crabbing or duck hunting. Fishing is the most fun, especially taking your son out fishing on the river just a mile from your house.

“We’ve got heron on our dock just about every day. We have eagles and osprey flying overhead. There is just always something to appreciate.”

That appreciation is shown in the way that the restaurant gives back to the community. Suicide Bridge Restaurant will host its fifth boat docking event Aug. 19, with the proceeds benefiting all the watermen who are involved, as well as the Secretary Fire Company and the Maryland Watermen’s Association. Apart from the prize money for the winners, each participant also receives money to cover fuel costs and other miscellaneous expenses. They average about 20 participants and 1,500 spectators at the free event. 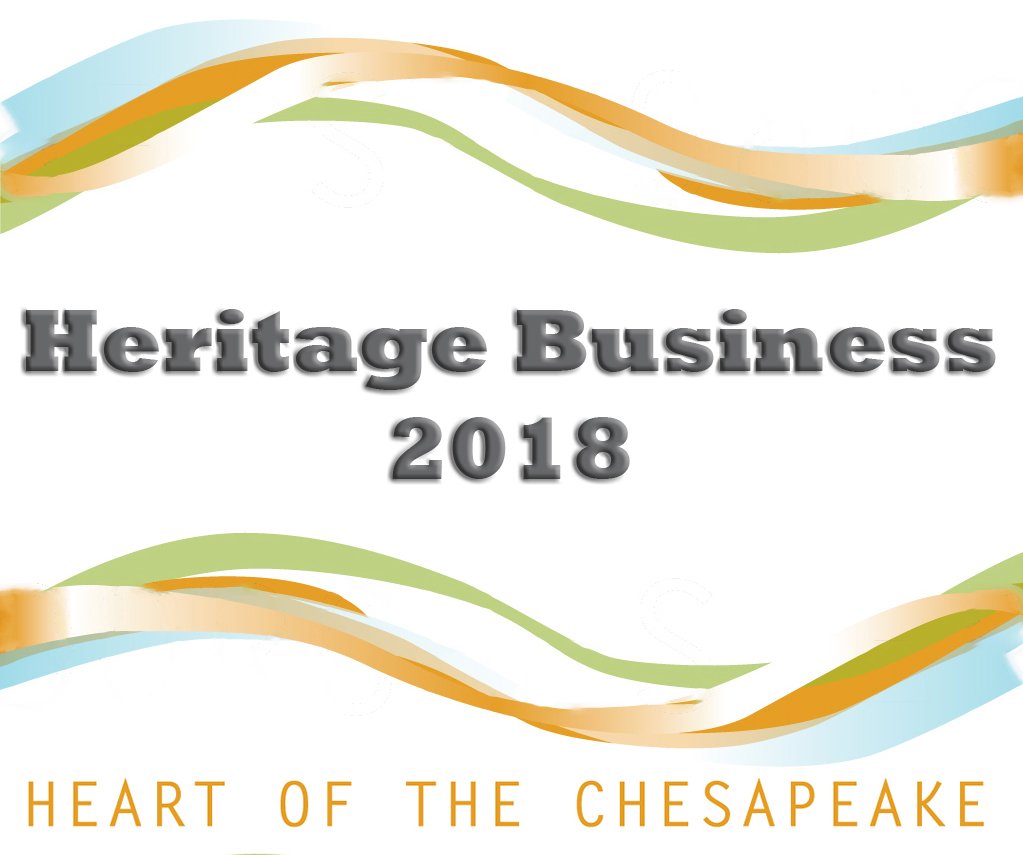 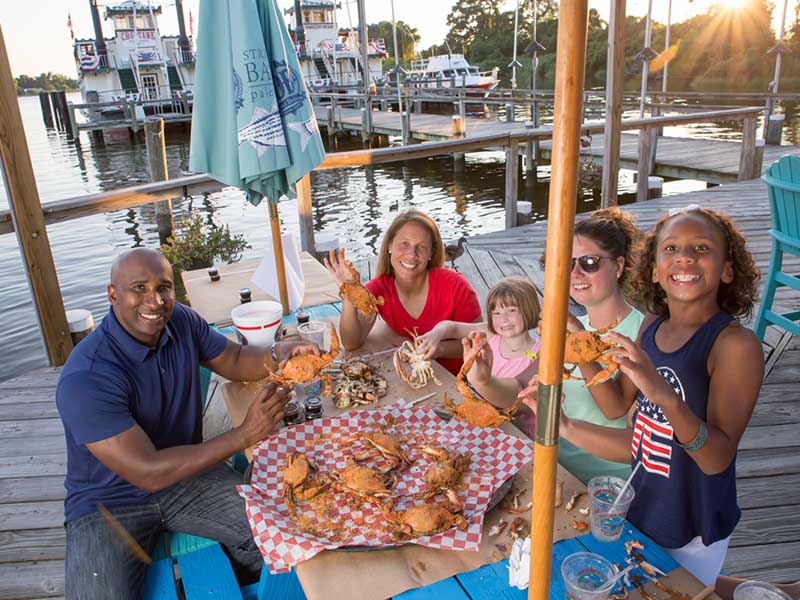 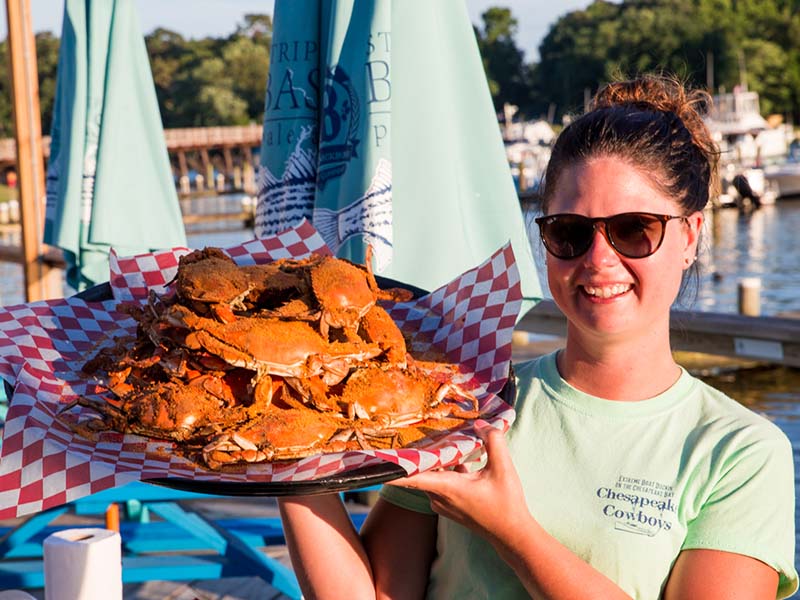 Win a Gift Certificate from Suicide Bridge Restaurant!
*As part of Heritage Business Spotlight, Suicide Bridge Restaurant will award a $25 gift certificate to one person chosen randomly from those who post a bit of trivia or a positive experience they have had with at the restaurant or on the riverboats. Just share your comment on our Facebook post by August 26 to be entered in the drawing. Click here to comment and enter.

*CONGRATULATIONS to Jeani Bestys, who won the $25 gift certificate! She commented on our Facebook post: “When I was a kid we went to Suicide in the boat. It was just a little shack then. It must have been a bar also because my brother and I were never allowed to go inside. We always got crab balls that came with a sleeve of saltine crackers and ate them outside at the picnic tables. It was one of the best treats we loved in the summertime.” 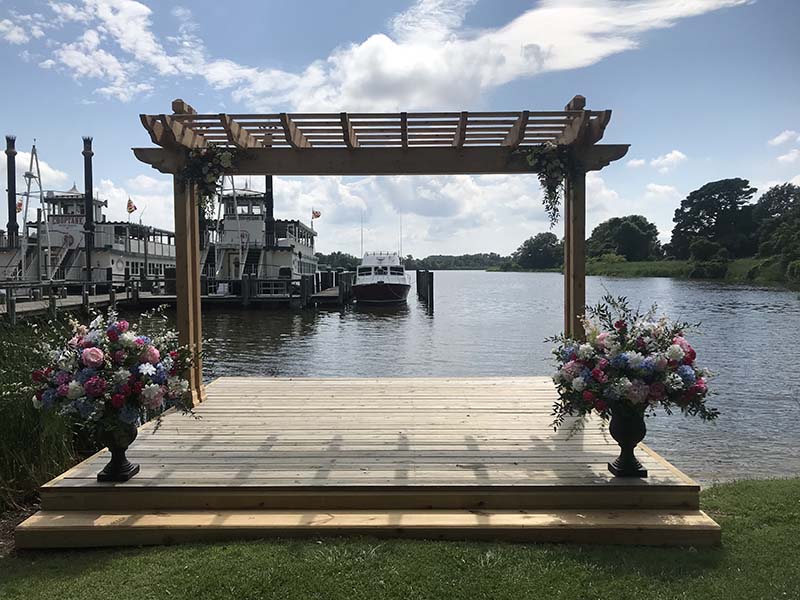