We are pleased to introduce our new Heritage Business Spotlight! Each month, we will be recognizing a business with deep ties to the Heart of the Chesapeake Country Heritage area. Our first Heritage Business designee is Blackwater Adventures.

When Jay and Susan Meredith decided to start Blackwater Paddle and Pedal Adventures in 2002, the tourism industry in Dorchester County was just beginning. The Hyatt Chesapeake Bay Resort had just been built and Blackwater Refuge was becoming a frequent destination for city folks searching for a weekend nature fix.

Today, the Merediths’ vision continues to flourish as Blackwater Adventures finds new ways to show people the best of what the Chesapeake has to offer, said son Matt Meredith, who has joined the family business.

“Our motto is ‘experience the Chesapeake,’” Matt said. “We feel the landscape, ecosystem and culture of the Bay and its tributaries here in Dorchester County are an incredible resource and the primary draw for folks visiting our area. You can go into the wildlife refuge and see eagles, muskrats, herons and osprey. This landscape never gets old.

“We offer rentals and tours by kayak, SUP (stand-up paddleboard), boat and pretty much anything else that floats, which puts people right in the heart of it all. We also have bikes for the land traveler as well.”

“As a business, water is intrinsic to everything we do at Blackwater Adventures but it’s also where we go to have fun, to relax, and find tranquility. There are not too many jobs that you hate to leave at the end of the day!”
– Matt Meredith

Renting boats and welcoming tourists was not a new concept for the Meredith family when Jay and Susan started the business. Jay’s Grandfather Theo Creighton had operated a small lunch room and rented boats in Hoopers Island. Following in his grandfather’s footsteps. Jay and Susan applied entrepreneurial vision and a strong work ethic to help Blackwater Adventures become the success it is today.

But their family roots in Dorchester County go back even further – to 1663 when their ancestors from Wales landed in South Dorchester, eventually migrating to Bucktown, where the Meredith family still lives today.

Matt’s 5th great grandfather was a farmer and merchant during the mid-eighteenth century who owned the Bucktown General Store, site of Harriet Tubman’s first known act of heroism when she defied an overseer’s demand to help subdue a young slave boy. She would receive a near fatal head injury that day that left her with epileptic sleeping spells during which she would receive vivid dreams and visions from God that she said was instrumental in her escape North.

The store and most of the farmland was sold in the early- to mid-20th Century and the store was abandoned by the 1980s. The Merediths purchased the store back in 1999, restored it to its original condition and opened it as a non-profit museum to scores of history seekers and Underground Railroad Byway explorers.

Meredith family members been unwavering supporters of the mission of the Heart of Chesapeake Country Heritage Area (HCCHA). They have served on the HCCHA board, provided opportunities for visitors to experience the area from many of the local waterways, supported the Harriet Tubman Underground Railroad Byway since its inception and have opened their doors to many organizational and community events that showcase the area’s landscape and heritage. They received the Organizational Excellence Award in 2016 for their efforts with the Bucktown General Store.

In addition to Jay and Susan, Matt and his siblings, Wes and Kacey, all contribute to making Blackwater Adventures a success. 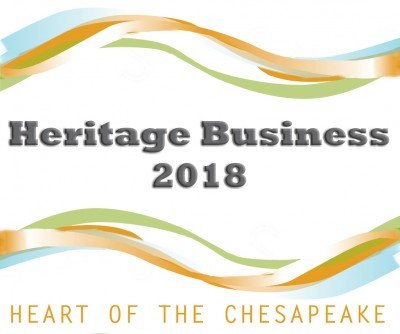 Win a Gift Certificate from Blackwater Adventures!
As part of Heritage Business Spotlight, Blackwater Adventures will award a $25 gift certificate to one person chosen randomly from those who post a bit of trivia or a positive experience they have had with Blackwater. Just share your comment on our Facebook post by June 26 to be entered in the drawing. Click here to comment and enter.

CONGRATULATIONS to Carol Crutchfield, who won the $25 gift certificate! She commented on our Facebook post: “These folks are great. This is where we take out of town guests who want to kayak or paddle. We go to the one in the refuge. It is perfect for beginners. Well, just fine for all levels of outdoor enthusiasts!”