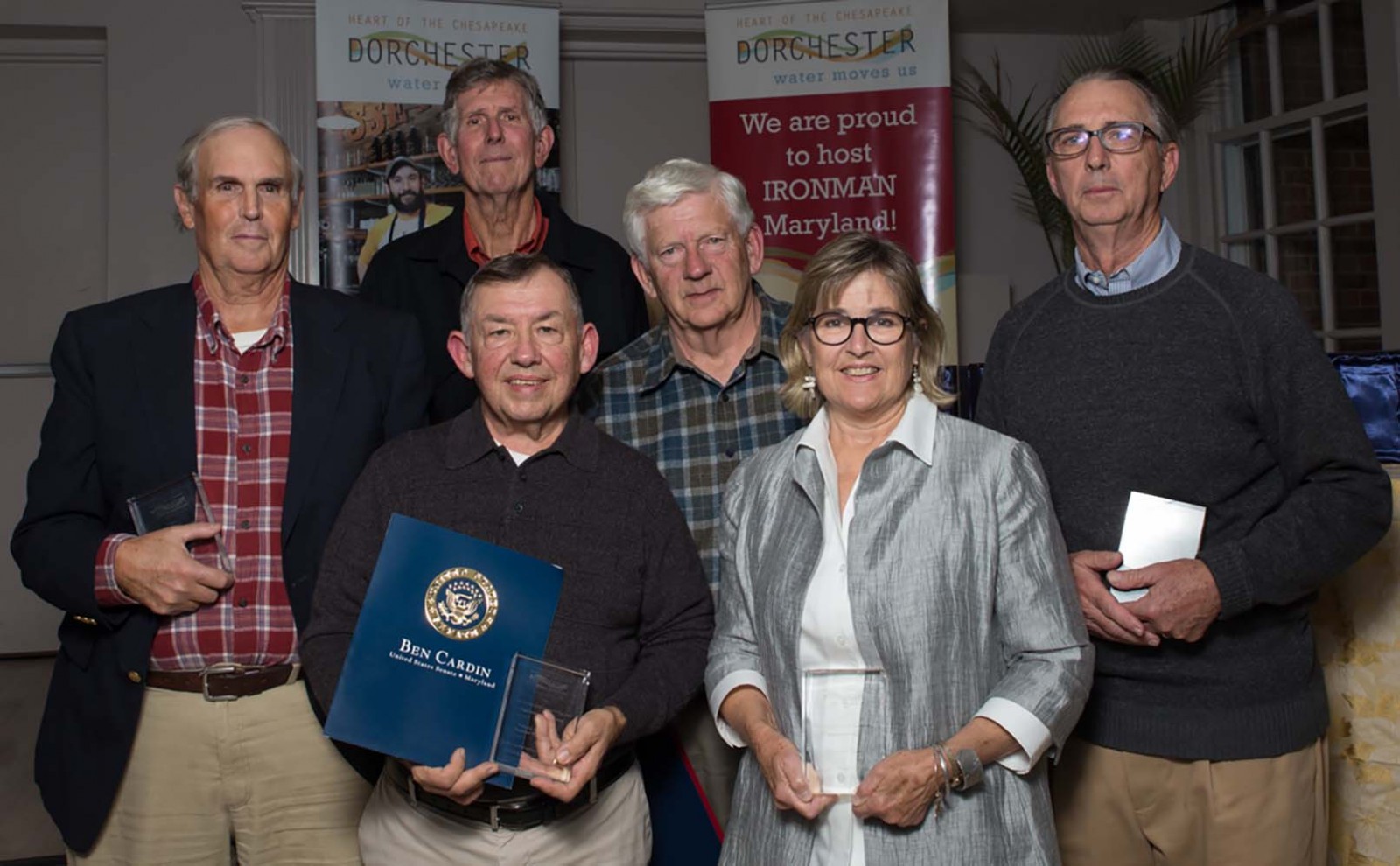 A documentary filmmaking team, national wildlife refuge support organization, historic preservationist and a tourism company were honored on Oct. 25 for their roles in helping to preserve and promote Dorchester County’s local culture during the annual Heart of Chesapeake Country Heritage Area Awards Reception.

The event, which took place at the Dorchester Center for the Arts in Cambridge, also included presentations on the Heritage Area’s achievements over the past year.

The 2018 honorees, who were nominated by members of the community and chosen by the Management Board of the Heart of Chesapeake Country Heritage Area, were:

High Tide in Dorchester and the documentary team of David Harp, Tom Horton and Sandy Cannon-Brown – Outstanding Project, which recognizes an exceptional project, event or activity conducted/sponsored by an organization, business, individual or local government that highlights Dorchester’s natural or cultural heritage and/or increases public awareness of its history, heritage and cultural traditions.

Their nomination noted that the “documentary, High Tide in Dorchester, highlights with clarity the present and increasing impact climate change is and will continue to have on the natural land and waterscapes of the County and a way of life having been passed down through the generations.”

George M. Radcliffe, Jr. – for Individual Achievement, which recognizes a person for his/her contributions to the heritage community by interpreting, preserving, promoting, researching and/or supporting local history and cultural traditions.

Radcliffe’s nomination noted that he “has tirelessly worked to maintain, expand, and improve Spocott Windmill & Village. He has researched to fill out the story of windmills in Dorchester, the Spocott Windmill, life in the Neck District area in the 1800s, the history of the Radcliffe family and more.”

Their nomination noted that “Chesapeake Tours takes such great pride in creating an individual, group experience for each person that comes through our area. The connection is the stories and the story teller and being prepared on the back end.”

The Sunflower Spectacular at Emily's Produce has b