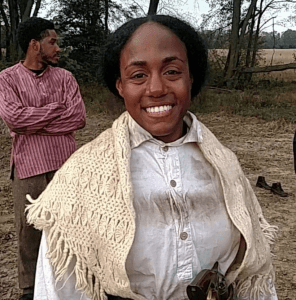 B. Cherie Patterson as Harriet Tubman

The real-life story traces Harriet Tubman’s formative years in Dorchester County and explores the decisions that shaped her life as a patriot, leader, liberator and humanitarian. The short film is a moving introduction to the park’s exhibits and programs that highlights the values that were most meaningful to Tubman: family, freedom, faith and community.

It debuts the same week that Harriet – the highly anticipated movie starring Emmy, Tony and Grammy award-winning actress and singer Cynthia Erivo – premieres to the world at the Toronto Film Festival. The film will be released to movie theaters across the country on November 1, including Cambridge Premier Cinemas. 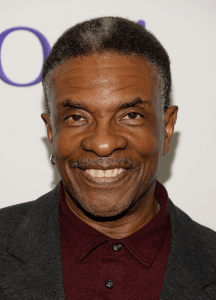 While millions of Harriet viewers will learn about Tubman’s remarkable life and legacy, only Soldier of Freedom was filmed and will be shown exclusively on the lands where she lived, labored and returned to free enslaved family and friends.

“We are thrilled to premiere this tribute to a great American heroine,” said Maryland Park Service Manager Dana Paterra. “Harriet Tubman: Soldier of Freedom was filmed locally in the region that shaped her early years and included local actors and businesses when possible. The movie provides a solid foundation for the visitor’s experience here at the Visitor Center and adds another opportunity to create a meaningful connection with guests and Tubman’s inspiring life.”

Directed by Joshua Colover (Farther than the Eye Can See, winner of 18 international film festival awards) and produced by Aperture Films, the movie was commissioned by a partnership of the National Park Service, Maryland Park Service, State of Maryland, Eastern National and America’s Byway.

The September 14 premiere includes a day of special events, ranger-led programs and  a 1 p.m. ceremony with music by Renna McKinney leading up to the film’s initial 2 p.m. showing at the Visitor Center.

Dr. Kate Clifford Larson, a Massachusetts-based historian and author of the biography, Bound for the Promised Land: Harriet Tubman, Portrait of an American Hero, will give a presentation following the premiere. Larson served as a consultant for the movie and the recently announced MPT/Firelight Films documentary on Tubman currently in production.

“Soldier of Freedom is a heart-wrenching yet triumphant story of Harriet Tubman, the hero of this park,” Dr. Larson said. “Filmed on location here on the Eastern Shore, the film briefly shares the dramatic, difficult story of Tubman’s life as an enslaved child and adult, her pursuit of freedom on the Underground Railroad, and her determination to end slavery and bring liberty and justice to others.”

The film, according to Dorchester County Tourism Director Amanda Fenstermaker, builds on the Visitor Center’s role as a trailhead for people looking to explore the 36 sites along the Harriet Tubman Underground Railroad Byway.

“More than 200,000 have come to the Visitor Center since its spring 2017 opening to learn about Harriet Tubman’s remarkable life and see how they can experience the landscapes where she lived and toiled,” Fenstermaker said. “The film is a significant and powerful addition to the engaging multimedia exhibitory that has made the Visitor Center one of the mid-Atlantic’s top tourism destinations.”

The Visitor Center is free and open to the public seven days a week, 9am to 5pm. For more information, visit the Harriet Tubman Byway website.