Two iconic Dorchester county general stores are ready for their next act.

Serving up steaming mugs of coffee alongside fishing tackle, egg sandwiches and laundry detergent, country stores once dotted America’s landscape – and were a fixture on Dorchester county crossroads.

Today, enterprising chefs and entrepreneurs have reimagined shuttered outposts as shopping and dining destinations. Selling gourmet fare and groceries with a side of gossip, general stores and gas stations have garnered national publicity – and attracted a new generation of traveling foodies.

In Dorchester county, two well-known institutions – the Lewis General Store (Cambridge) and Reids Grove Country Store (Rhodesdale) – are currently on the market. Listed at $299,000 and $199,000 respectively, both properties offer rarely available business opportunities for a restauranteur, aspiring chef or entrepreneur. 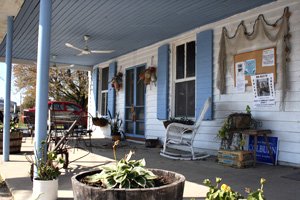 From 1875 until 2016, Lewis served groceries, supplies and a hot breakfast seven days a week to residents of Cambridge’s “Neck” district. For 52 years, the family-owned store was run by John Lewis and his wife Shirley. Among their illustrious customers was President Jimmy Carter, who liked to duck hunt in Dorchester. The last owners, a husband and wife culinary duo operated the popular “University Restaurant,” which earned Yelp’s top spot for best county restaurant. 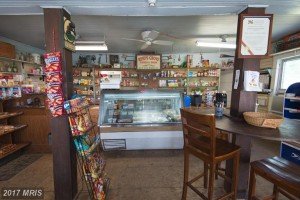 The second country store for sale is Reids Grove, a Rhodesdale staple for sixty years. Along with groceries, candy and seasonal specialties, the store dished up lunch for many of the local farmers whose land surrounded the property. Reids Grove was most recently owned by Dorchester County Councilman Tom Bradshaw and his wife Donna, whose grandmother Anna Ruth Foxwell operated it for almost 40 years. 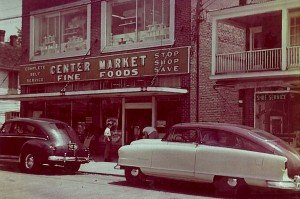 While their numbers have dwindled, general stores continue to be part of the rich heritage of Dorchester’s economy. To experience the history and hospitality of some of the Chesapeake’s most iconic general stores, visit E.G. Webster, the Hoopers Island General Store, Simmons Center Market or the Woolford General Store. (Step back in time with Secrets of the Eastern Shore to discover how Simmons Market got its start!)