Travel back in time in Dorchester County this February – or any time of year – to meet the pioneers, patriots, and freedom fighters who changed the course of history. The birthplace of Underground Railroad conductor Harriet Tubman, and home of civil rights icon Gloria Richardson, Dorchester’s cultural tapestry has been inspired by generations of Black leaders, enslaved people, and ordinary citizens. We’ve featured some below. There are also some special happenings in honor of Black History Month, including: 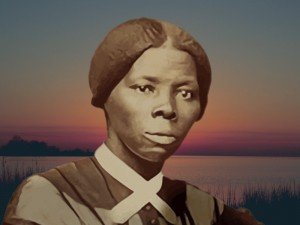 The Underground Railroad hero was born into slavery here in Dorchester County 200 years ago – which means 2022 is her bicentennial. (See special bicentennial events planned throughout the year.) She escaped, then returned more than a dozen times to lead friends and family to freedom – risking her life each time. Experience stories of hope and redemption along the scenic road trip known as the Harriet Tubman Underground Railroad Byway, which includes sites related to Tubman and other freedom seekers in the 1800s. Don’t miss the free guide and the free audio app, which uses dramatic narrations and virtual reality and augmented reality features to bring the history to life. Learn more 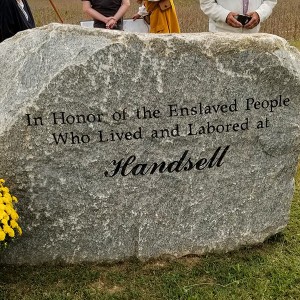 Head to the historic Handsell property in Vienna, Maryland, which shares a three-pronged story through history that includes African Americans, Native Americans, and European settlers. Their research team has just finished compiling information on 214 enslaved individuals associated with Handsell in Dorchester County and Anne Arundel County. The Handsell Enslaved Database will be released in February on the Handsell website. They have been trying to “build a life” for the many forgotten enslaved people, who sometimes were initially remembered only by a name and age on a slave inventory. With much research, they have been able to trace the movements of some in later life and slowly watch a life story emerge. In fall 2021, they also dedicated a memorial stone to the enslaved of Handsell. 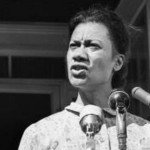 Tie up your walking shoes to see where civil rights history was made in Cambridge’s Pine Street community, home of pioneering civil rights leader Gloria Richardson in the 1960s. (Richardson passed away in 2021.) Take the two-mile, self-guided Pine Street Walking Tour in person or read the brochure from your armchair. Order the hardcopy brochure or download the PDF. And don’t miss the free audio guide, with narrators sharing firsthand memories. Also, see the African American Heritage Mural in Cambridge, part of the Chesapeake Mural Trail. 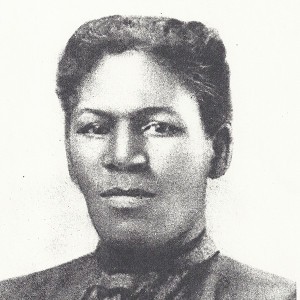 Learn about the Wheatleys, a couple who lived at what is now Spocott Windmill & Village starting in the mid-1800s. The husband Columbus was a Civil War veteran and master craftsman; his wife Adaline was a renowned cook and giver of sage advice. Learn more. 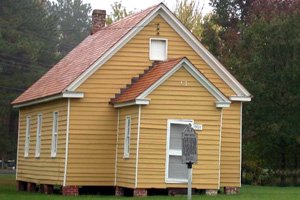 Visit Stanley Institute, one of Maryland’s oldest schools organized and maintained by a Black community. Learn more about this restored 1865 one-room schoolhouse in Cambridge, Maryland, and watch the virtual 360 video tour.  Across the street from Stanley is Christ Church, a restored church that the local Black community built in 1875. It’s one of the oldest surviving African American churches from the post-Civil War period on Maryland’s lower Eastern Shore.