Life on the Choptank River Lighthouse

Messick’s father, Harold, was the last live-aboard keeper of the original Choptank River Lighthouse, which stood near the mouth of the Tred Avon River up until the 1960s. In his younger years, Jack Messick spent countless hours living out on that lighthouse, as he would live aboard for two weeks at a stretch while helping his father tackle all manner of tasks, from cleaning the Fresnel lens to testing the fog bell and shining brass door handles.

A 1960 graduate of what was then called Salisbury State College, Jack Messick spent 20 years in the U.S. marines and then returned to his native Eastern Shore and became a schoolteacher, leading classrooms at both Hurlock Elementary School and Cambridge South Dorchester High School. He is now retired. He and his wife, Rose, volunteer once a month as docents welcoming visitors to the replica Choptank River Lighthouse that now stands at Long Wharf on the waterfront in Cambridge.

Jack Messick’s presentation will be facilitated by Jim Duffy, the executive director of the Cambridge Lighthouse Foundation, a nonprofit group that manages exhibits, events and the visitor experience at the replica lighthouse. The presentation is also supported by Heart of the Chesapeake Country Heritage Area and the Maryland Heritage Areas Authority.

Visit our Water/Ways page for a full calendar of Water/Ways programming.
November 2, 2019
11:00 am
Dorchester County Center for the Arts 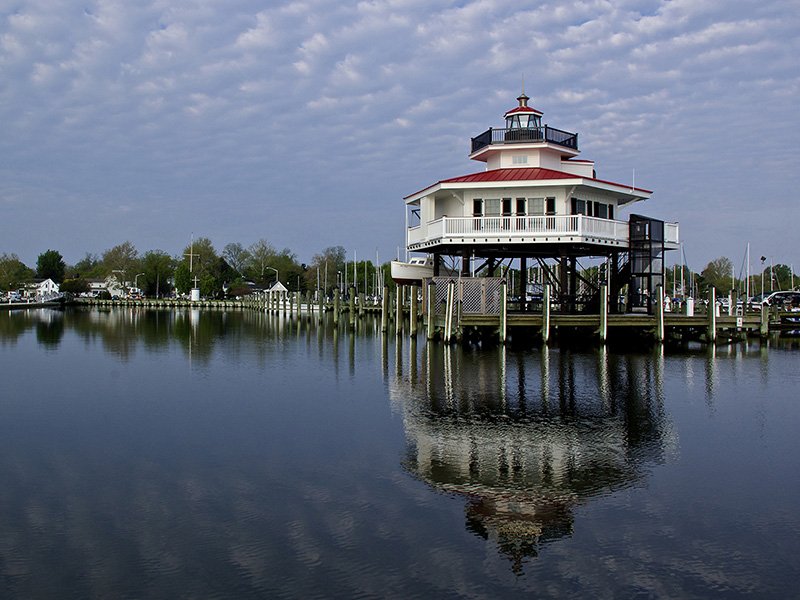