On Saturday, Sept. 7, A Day of Resilience will include the official ribbon cutting for the Harriet Tubman Mural, as well as an event to recognize and reflect on the 400th anniversary of the arrival of the first Africans to be sold into bondage in North America in 1619 at Jamestown. The trans-Atlantic slave trade forced more than 12 million Africans from their homes to work on plantations and in mines in other countries.

Here’s a rundown of events, most of which happen in Cambridge, Maryland.

After the ribbon cutting, there will be several afternoon events happening simultaneously:

Shuttle services will be available.

The event is being organized in part by Alpha Genesis Community Development Corporation and Dorchester Center for the Arts. 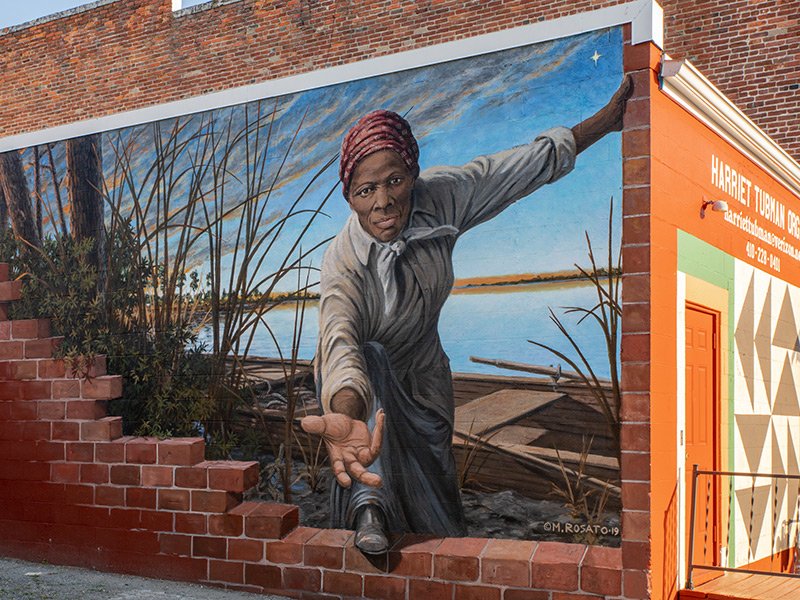