Celebrate the Eastern Shore’s muskrat heritage and more from 12 to 6pm on Sunday, March 1, at the Crawfish Boil & Muskrat Stew Fest in Cambridge, Maryland. The festival happens every year the day after the National Outdoor Show, which is a celebration of local culture with muskrat skinning championships that draw contenders from Maryland and from Louisiana, where muskrat are prevalent. (That Louisiana connection is where the crawfish come in.) So it’s a real Muskrat Weekend!

The event features the third annual Muskrat Leg Eating Contest (at 5pm), live music with the great blues music of Jimmy Cole and his All Star Band, food, libations, and more. If you’re interested in registering for the Muskrsat Leg Eating Contest, contact the event organizers.

The Crawfish Boil & Muskrat Stew Fest is set to go on inside at Governors Hall at Sailwinds Park, 200 Byrn St. in Cambridge, Maryland.

The Crawfish Boil and Muskrat Stew Fest will be a ticketed entry, with a $5 admission charge. Benefits the Dorchester Chamber Scholarship Fund. 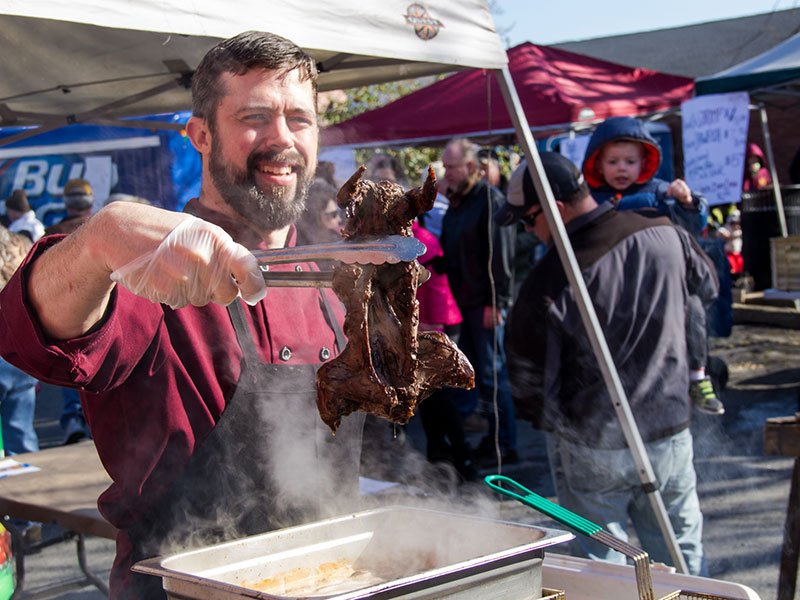