A replica of Capt. John Smith’s Shallop is back in Vienna in celebration of the Smithsonian Water/Ways exhibit and Dorchester County’s 350th Anniversary! The replica is of the small boat that Capt. John Smith used in 1608 to explore the Chesapeake. Vienna was one of his stops more than 400 years ago.

Back then it was an Indian village called Kuskarawaok, near what is now Emperor’s Landing in Vienna. The replica shallop was completed in 2006, and the next year, a crew of 12 modern explorers set out in the 28-foot open boat for 121 days to retrace the 1,700-mile voyage. One of their stops was Vienna. The shallop, which usually resides at Chesapeake Bay Maritime Museum, was moved in early October to Vienna.

The shallop will be on public view through mid-November. Stop by daily between 9am and 5pm outside of the Captain John Smith Nanticoke River Discovery Center, 113 Ocean Gateway in Vienna.

Read more about the shallop. 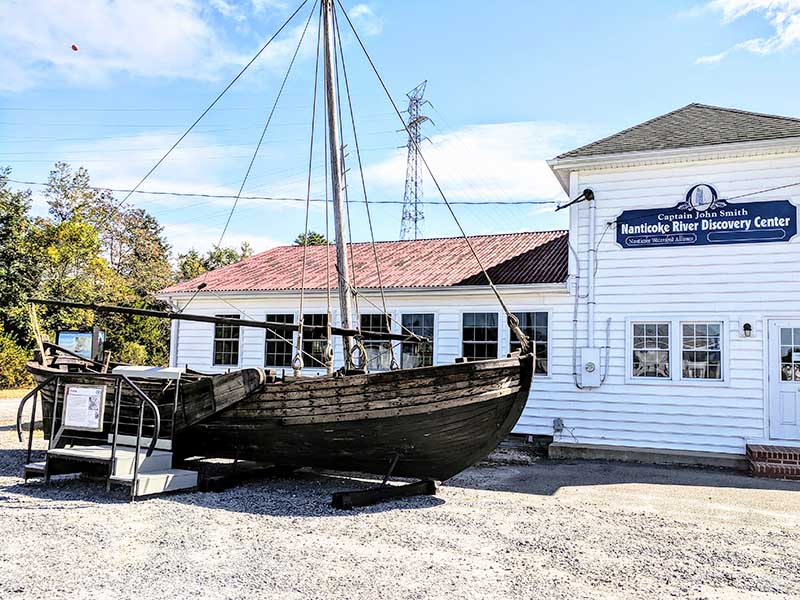