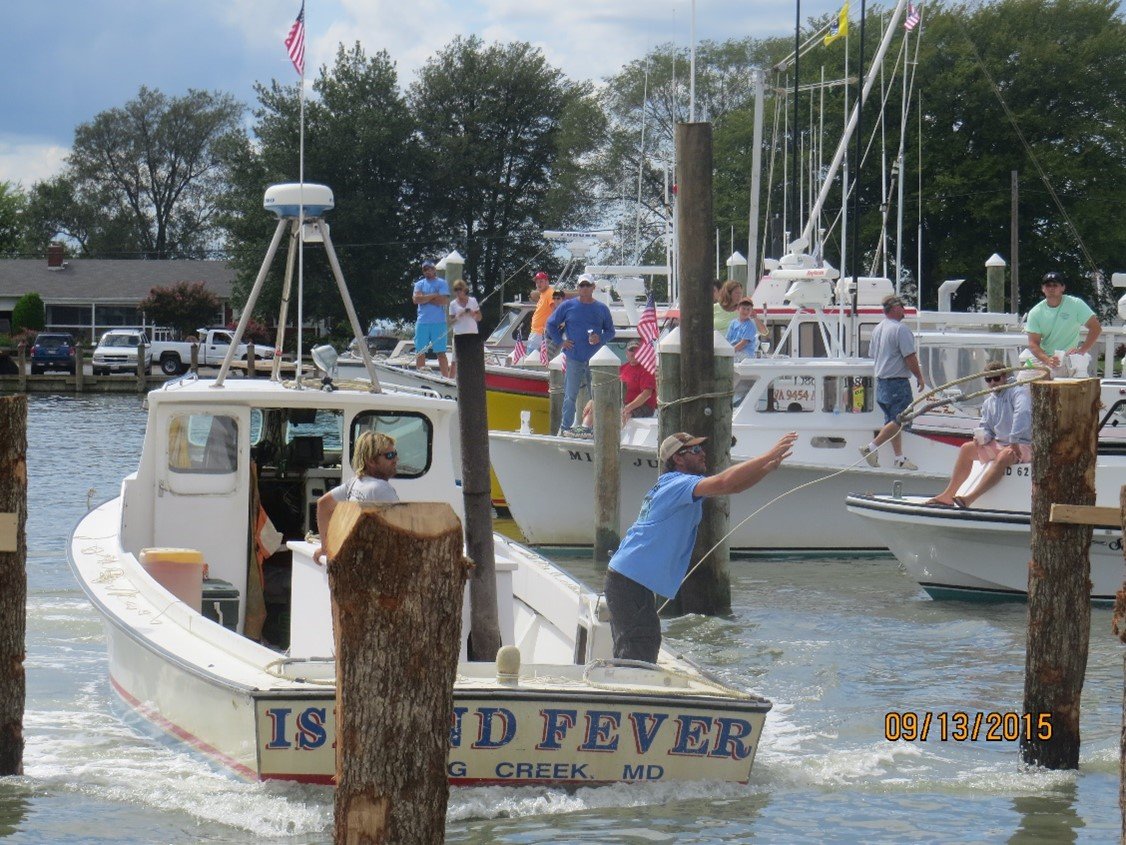 The Hoopers Island Volunteer Fire Company has its annual Watermen’s Rode Boat Docking Contest on Sunday, Sept. 11, 2022. It will be held at the P.L. Jones Marina and Boatyard, 2560 Old House Point Road, Fishing Creek, MD
The event consists of watermen competing against each other by backing their boats into a slip as they do every day for their work. After backing into the slip, they hoop four lines on four separate poles. The fastest time wins. There is also a team competition which consists of two extra mates. One of the favorite categories is the youth competition. These young boat dockers put on a great show and do so with great times. At the end, there is a grand finale with everyone competing against each other for the fastest overall time. Prizes and awards go to the winners.
There will be t-shirts for sale, raffles, and food. No coolers or drinks are allowed to be brought into the event.
All proceeds go to the Hoopers island Volunteer Fire Company. Admission is free. Doors open at 11am.