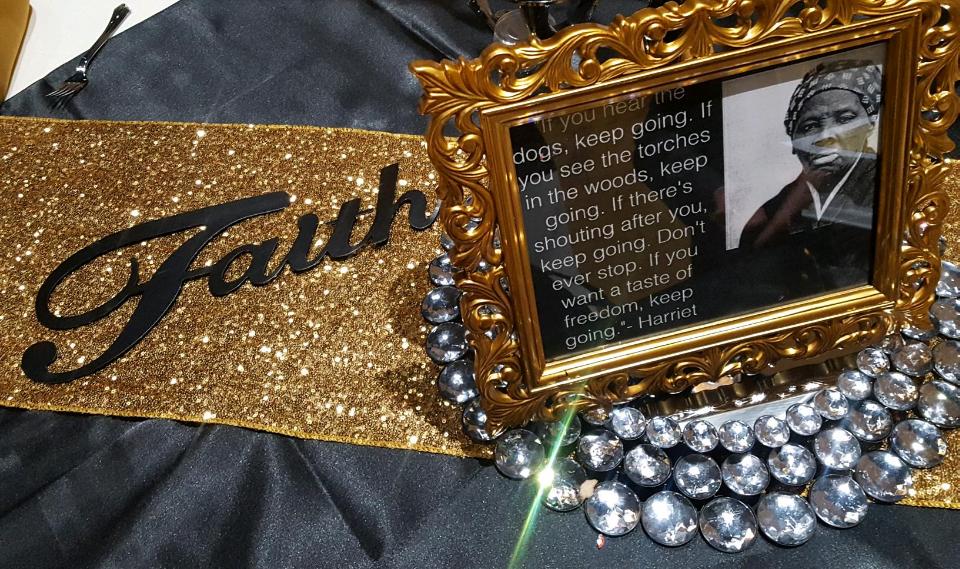 The Harriet Tubman Organization – which operates the Harriet Tubman Museum & Educational Center in Cambridge, MD – holds its annual fundraising event on April 23 (rescheduled from March 12). The event, from 6 to 8pm at the Dorchester Elks Lodge #223, also marks the organization’s 50th anniversary! The evening will include:
• Lite fare
• Tina Wyatt, a great-great-great-grand niece of Harriet Tubman as the keynote speaker
• Music by David Cole and the Main Street Blues
• Poetry and Music by Seth Washington, Carey Nelson and DJ Greg

Tickets cost $35 per person. Reserve your tickets at 301-221-1732, 424harriettubman@gmail.com or online. The HTO is one of the oldest community organizations dedicated to the memory of Harriet Tubman. Over the past five decades, their efforts have included memorials to Tubman, tours to significant sites associated with her life, museum exhibits, educational programming, celebrations and community outreach. They also created and run the Harriet Tubman Museum & Educational Center in Cambridge, MD, home to the much loved Harriet Tubman Mural.

Founded 50 years ago, the Harriet Tubman Organization is dedicated to preserving Tubman’s connection to the local community and to helping young people see Tubman as a role model.