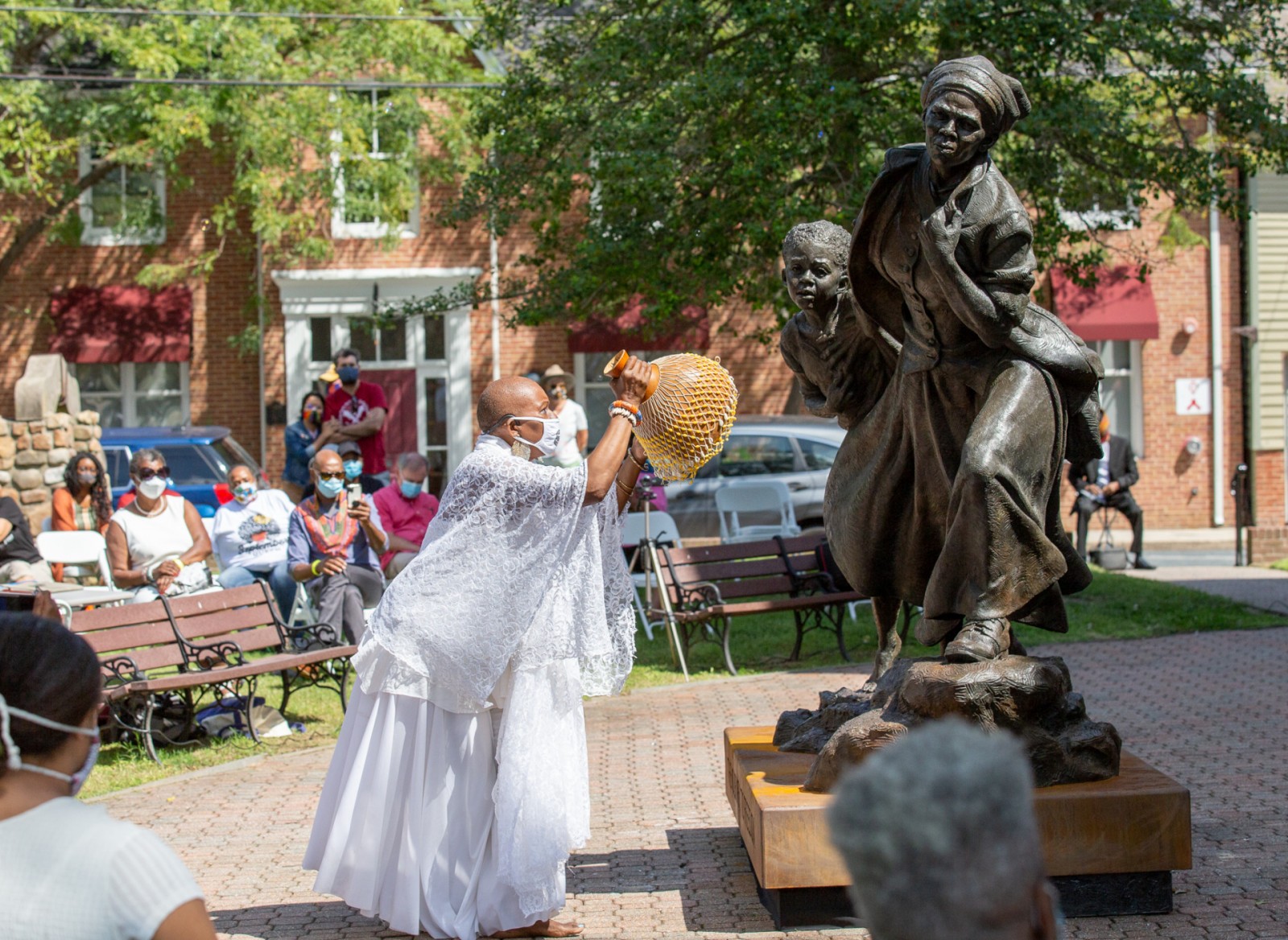 The Third Annual Day of Resilience on Sept. 11 and 12 in Cambridge, MD will commemorate the theme, “Honoring our Ancestors by Reconnecting with Our Roots,” and feature Ambassador Sidique Wai of Sierra Leone as the keynote speaker during a Town Hall Meeting on Africa.

The Day of Resilience was first held in 2019 in Cambridge to commemorate the 400th anniversary of the Transatlantic Slave Trade. That event received gubernatorial, senatorial and congressional citations and received the Outstanding Heritage Project Award from the Heart of Chesapeake Country Heritage Area. In 2020, the observance was highlighted by the unveiling of a traveling sculpture of Harriet Tubman at the Dorchester Courthouse.

Each Day of Resilience has built on the previous year’s event. This year’s commemoration also marks one year until a new, permanent Harriet Tubman sculpture is installed at the Dorchester County Courthouse, a place where enslaved ancestors were auctioned and Tubman’s niece was rescued. Next year is the bicentennial celebration of Tubman’s birth, and the statue will be installed at the Dorchester County courthouse to mark that milestone. The fundraising campaign, Harriet’s Journey Home, seeks to raise $250,000 to commission and install the 12-foot bronze statue. To date, there has been $140,000 raised in donations and grants.

On Saturday, Global Sustainable Partnerships will sponsor free health screenings for COVID, diabetes and HIV. Habitat for Humanity will host a community visioning session for the revitalization of the Harriet Tubman Mural viewing area. Vendors will be in Cannery Way throughout Saturday. There will be an outdoor fashion show at the Black Lives Matter Mural by Sierra Leone fashion designer Fatamata Koroma, followed by Jazz at the Harriet Tubman “Take My Hand” Mural with artist Reggie Upshaw. For those who would like an extended stay, there will be a bus tour of Underground Railroad sites on Sunday, Sept. 12., followed by a gospel /jazz brunch featuring Suzette Pritchett at the Harriet Tubman Mural in the afternoon.

For more information about the Day of Resilience or how to contribute to the Harriet Tubman Sculpture fundraiser, visit the Alpha Genesis website