Previous Next
Dorchester Artifacts on Display 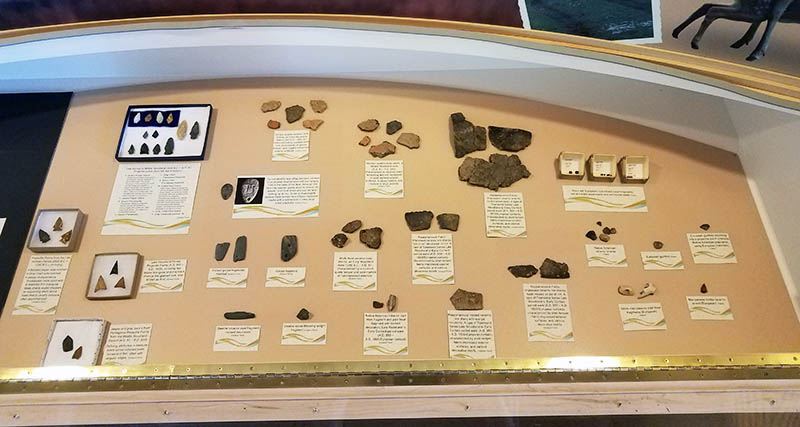 The Heart of Chesapeake Country Heritage Area has arranged the loan of a unique selection of Dorchester County artifacts from the Maryland Archaeological Conservation (MAC) Laboratory.

“The MAC lab had preserved the artifacts and had them in storage,” Gilberto-Brady said. “We are pleased to be able to bring them back to Dorchester County to share with the public, especially on the occasion of Dorchester’s 350th Anniversary. We have such a rich history here, and the artifacts go a long way in illustrating our stories and heritage.”

The artifacts come from three main sites in Dorchester County: Horn Point (near the University of Maryland Center for Environmental Science), Holland Point (near Taylor’s Island) and Yates (north of Vienna near the Nanticoke River).

The Horn Point site includes many 17th century and early 18th century artifacts and is one of the few colonial collections that exists from the Eastern Shore. In addition, there are many Native American artifacts from Holland Point, where the first substantial occupation occurred about 4,500 years ago, and from the Yates site, named for Dorchester County Judge William Yates, who was an avid collector of Native American artifacts.

“We have nearly 100 pieces on display,” Gilberto-Brady said. “Some of my favorites include the pieces of a witch bottle, which were discovered at the White Oak site near Horn Point. It has the neck of the bottle, as well as the pins that were inserted into its cork. This was found buried by a hearth with a horseshoe nearby, which lead archeologists to conclude that it was used as a type of folk magic to ward off evil spirits or counter witches’ curses.

“We also have wine bottle seals that are legible. One shows the name ‘Nevitt’ inside a beaded circle and is believed to be associated with the Nevitt or Nevett family, going back to the 1700s in Dorchester County. There also is an unusual stone pendant with a carved human head that dates to between 900 and 1600 A.D. Its hanging hole is at the bottom so that when the person wearing the pendant looks down, the face is looking up at him. Archaeologists believe it might represent a human mask with a connection to Native American rituals involving masks.”

During the five-year loan period, the artifacts will be on display at the Dorchester County Visitor Center at Sailwinds Park, 2 Rose Hill Place, Cambridge. The Visitor Center is open 8:30 a.m.-5 p.m., seven days a week. The exhibit is free and open to the public. 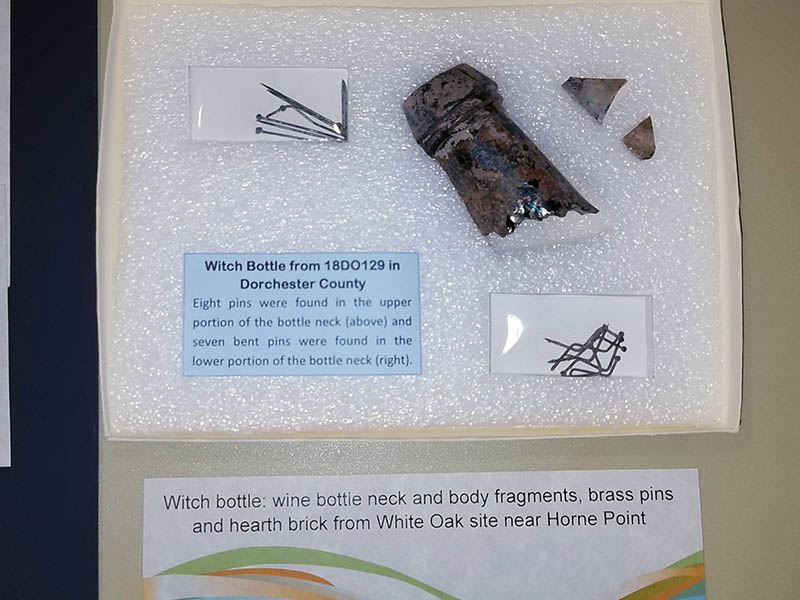 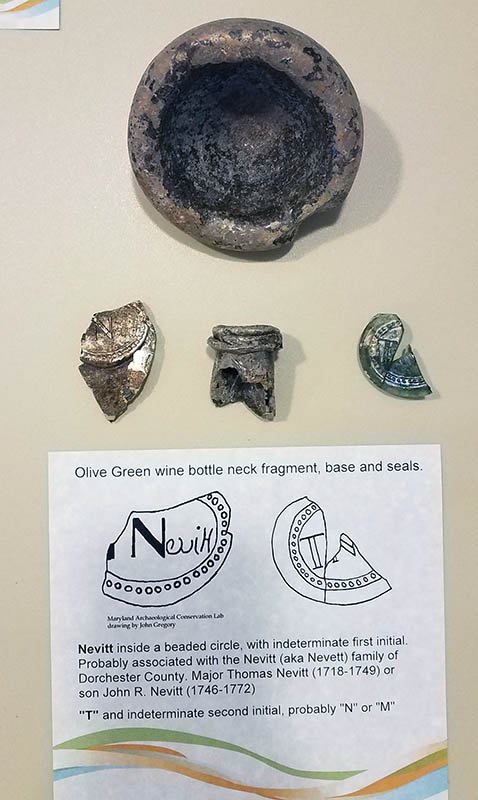 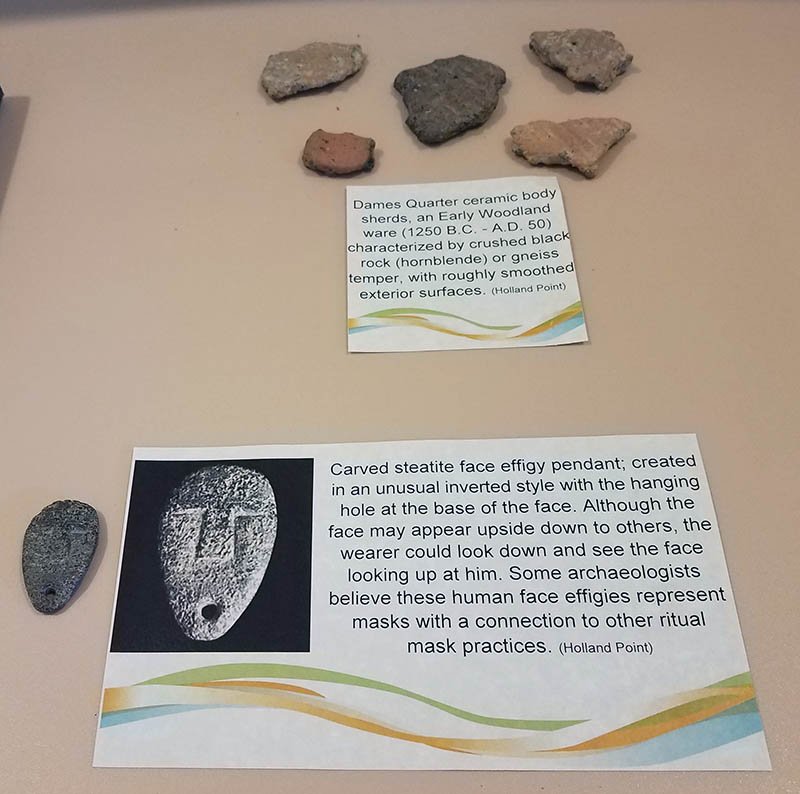