An Intro to Birding in Dorchester County

An Intro to Birding in Dorchester County 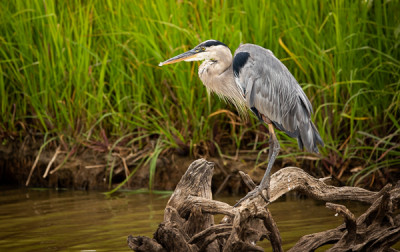 Perhaps the prime reason that birders and nature enthusiasts flock to Dorchester  County on Maryland’s Eastern Shore is to marvel at the splendor of the vast marshlands and the wildlife that live here. Dorchester County, Maryland, is the home of world-renowned Blackwater National Wildlife Refuge, one of the largest Bald Eagle populations on the East Coast and tidal marshes so vast they have been called “the Everglades of Maryland.” Blackwater is one of the chief wintering areas for migrating ducks and Canada geese using the Atlantic Flyway, a kind of superhighway for migrating birds. The refuge also hosts free, guided birding tours in the spring and the fall.

Thanks to the diversity of habitats found within Dorchester County, more than 300 bird species have been recorded here. Some are here seasonally (i.e. they migrate south for the winter or north for the summer); other birds are year-round residents. All birds have their favorite habitats and knowing which habitat each prefers is the first step in finding them.

In our Dorchester County Birding Guide, we have outlined five habitats that are found here, along with the types of birds that can be seen in each habitat. We’ve also put together five suggested birding trails throughout the county.