50 Years of the Harriet Tubman Museum: The Start of Something Big

50 Years of the Harriet Tubman Museum: The Start of Something Big 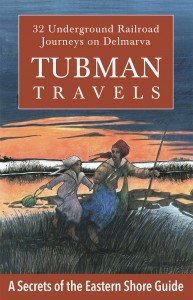 The Harriet Tubman Organization – founder of the Harriet Tubman Museum – marks its 50th anniversary in 2022! What follows is an excerpt from the book “Tubman Travels: 32 Underground Railroad Adventures on Delmarva” by Jim Duffy, an author and storyteller who lives here in Dorchester County, Maryland, where Harriet Tubman was born. Printed with permission.

Join in the 50th anniversary celebration on April 23 from 6 to 8pm in Cambridge. The event features a relative of Tubman’s as keynote speaker, live music, poetry, food, and more. All are welcome. Details.

The photo you see above shows a historically black church in the countryside near Cambridge, Bazzel Methodist. This is where the Harriet Tubman Organization can trace its roots. I devoted a little section of the story of this group in my book, “Tubman Travels: 32 Underground Railroad Adventures on Delmarva.” Here it is:

Lots of organizations regard themselves as grassroots affairs, but few embody the term quite so well as the Harriet Tubman Organization, which operates a little storefront museum in the heart of downtown Cambridge, Maryland. 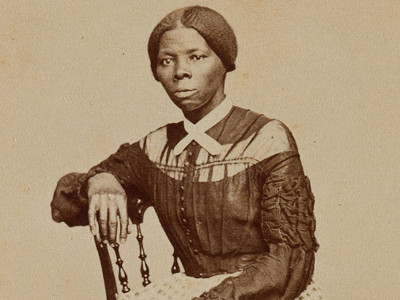 The old saying that fame is fleeting certainly applies in the case of Harriet Tubman over the big arc of time. Tubman did her heroic work in obscurity, winning admiration in her younger years only among a small circle of hard-core Underground Railroad activists. She did win a good measure of national renown later in her life, after the Civil War and during the women’s suffrage movement.

By the middle years of the 20th century, however, she had fallen back into obscurity and become a topic covered mainly in children’s books. If you had come to Cambridge curious about Harriet Tubman in the 1970s, you wouldn’t have found any sites to see or historical markers to read. One of the few options available back then involved somehow finding your way to the home of Addie Clash Travers. “Miss Addie” served for several decades as the repository of all local lore related to the “Moses of Her People.”

Travers joined forces back then with a little group of locals that launched an annual Harriet Ross Tubman Day celebration at the history-laden Bazzel’s Methodist Episcopal Church in Tubman’s old childhood stomping grounds of Bucktown. That event spurred the formation of a more formal group, the Harriet Tubman Association of Dorchester County, which had its headquarters in the private home of Russell and Rev. Blanch Bailey on Pine Street in Cambridge. 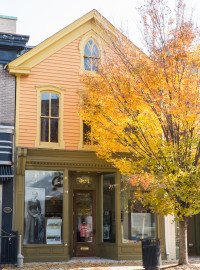 The Harriet Tubman Organization took on its current form in the early 1980s. By the time I arrived in Cambridge in the mid-2000s, its leadership was in the hands of Evelyn Townsend, an elegant retired schoolteacher in her 80s. The notion of Harriet Tubman as an important figure in American history and a driver for local tourism was just starting to pick up steam in those years. 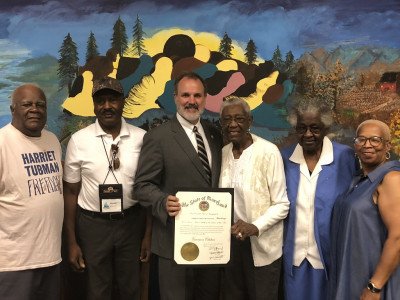 The Harriet Tubman Organization receives a Governor’s Citation in 2018

The Tubman organization remains quite true to its grassroots history. The museum, staffed by community volunteers, is definitely worth a visit. The exhibit panels are modest, but well done. Be sure and stroll to the back of the building to see an extraordinary Tubman mural by the artist Michael Rosato. Plus, the visit will be an opportunity to meet and chat with the modern-day locals who are still doing their part to stay true to the vision “Miss Addie” had way back when, that the community where Harriet Tubman was born should treat her legacy as a treasure of the highest order.

>> The photo of Bazzel comes from the Maryland Historical Trust and dates to 2004. The building went up in 1911, replacing an earlier structure.

>> Find out more about the book “Tubman Travels: 32 Underground Railroad Adventures on Delmarva.”